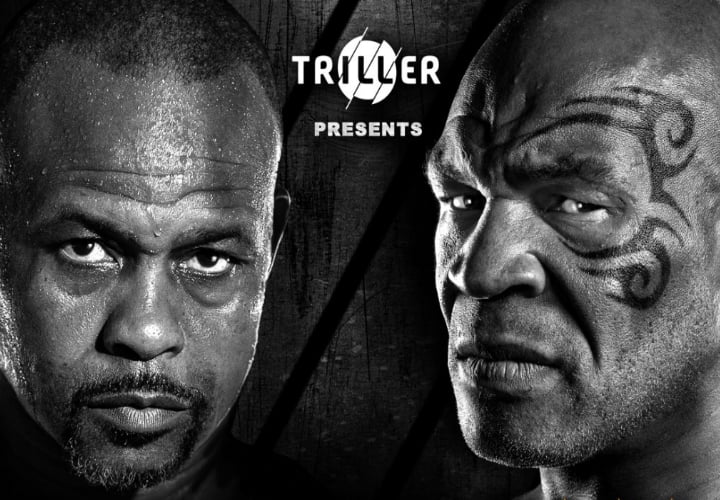 It has been confirmed that Mike Tyson’s comeback against Roy Jones Jr earlier scheduled for September 12 is now rescheduled to hold on 28 November 2020.

According to the report monitored on Sky Sports by Naija News, the match between the 54-year-old former American professional boxer, Tyson and Roy Jones Jr who holds dual citizenship of both America and Russia will take place in Los Angeles.

“The (CSAC) is licensing the Mike Tyson vs Roy Jones Jr match scheduled to take place in Los Angeles as an eight-round exhibition match,” the California State Athletic Commission, confirmed this to Sky Sports in a recent interview.

The CSAC noted that the referee has the veto power to halt the match at any point in time the two fighters attempted to violate the competition rule.

The statement reads; “In this match, the referee will have the authority to stop the fight if it strays outside the boundaries of a competitive boxing exhibition.”

“Mr. Tyson and Mr. Jones Jr will have to submit all CSAC medical tests for fighters over 40 as well as CSAC’s emergency regulations that have been put in place to slow the spread of COVID-19.”

Meanwhile, Jones Jr had during an interview admitted to Sky Sports that the exhibition would be “extra-competitive” and expects to face: “The same old Mike – he will be powerful. Power is the last thing to go. He won’t have lost his power or explosiveness.”

The sports pundit interviewing the Jones Jr again remind him of potentials his opponent has got, which could make it tough for him to beat down.

It added, “You may have to dance around him for four or five rounds or try to survive, however you find it best to do that. Then you can fight him. I’d better get myself in the best shape that I can.”

Reacting to Sky Sports submission, Jr noted that Tyson’s potentials are nothing to worry about for him. According to him, fighting someone people see as impossible to defeat gives him more confidence.

“It never worries me – I love challenges. Something impossible or something I shouldn’t do? That’s what I love to do. Anything you tell me I can’t or shouldn’t do is what I want to do,” he said.