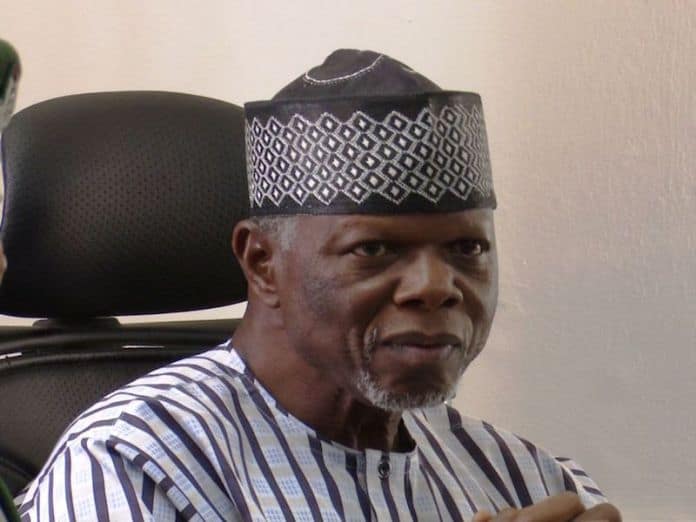 A yet to be named officer of the Nigerian Customs Service (NCS), has reportedly fired a shot at a member of the National Union of Road Transport Workers in Oyo State.

According to the report, one Mr Lateef Aboki was fired at the Iseyin-Moniya Park moments when the NCS officers chased a commercial vehicle into the pack after suspecting it of rice smuggling.

Naija News understands that the incident had caused a commotion at the motor pack in Iseyin, a Local Government Area of in Oyo State.

Speaking on the incident, people at the park lay blame on the NCS officials for not handling the incident professionally. On his part, the head of the park, Mr Lateef Shittu, better known as Akue revealed that he got a call that one of his executive members was shot by a customs officer at the park and immediately contacted the Divisional Police officer in Iseyin Police Division.

Akue said that the DPO immediately responded to the call and arrived at the scene to calm the situation before it escalates to casualties. He explained further that men of the NCS involved in the act have fled the scene following the incident.

The victim was reported to be responding to treatment at a hospital in the town.

Akue said, “I was called around 4pm that some customs officers in mufti chased a vehicle which they believed was carrying a bag of rice to our park and in the process, hit one of our buses.

“They were asked to identify themselves as they wore not in uniform and were in a private Lexus Jeep but instead of doing that, they started shooting. Unfortunately, one of the bullets hit one of my executive members, named, Lateef Aboki, in the chest.

“We thank God that he is responding to treatment. We call on the authority to warn the Nigerian Customs officers to apply decorum and professionalism when doing their job. The vehicle they chased did not carry rice when they eventually searched it. Why chasing vehicles with a private vehicle and in mufti? Do they even need to chase vehicles in the town and be shooting when they know there are many people walking by or unknowingly driving by?”

Again the Divisional Police Officer while at the scene persuaded the motorists not to take the law into their own hands. The vehicle belonging to the customs officers was later towed to the police station for further investigation, Naija News understands.