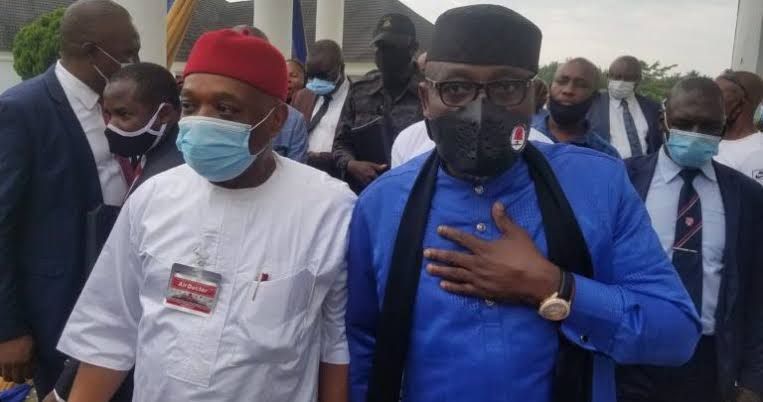 The former Governor of Imo State, Rochas Okorocha has called on all Igbo elites to work together ahead of the 2023 presidential election.

The senator representing Imo West senatorial district stated this on Thursday when he met with the Senate Chief whip, Orji Uzor Kalu, at the home of the first Vice-Chairman of the All Progressives Congress, South East, Dr Julius Anyim Nyerere in Abuja.

Kalu in his statement called for peace to return to the south east family of the All Progressives Congress.

He further stated that he would be happy to see Okorocha and the current Governor of Imo State, Hope Uzodinma, end their differences.

Kalu advised the South East Governors to stay away from criticizing each other and resolves issues internally.

How We Escaped Death In Ebonyi Bullion Van Attack