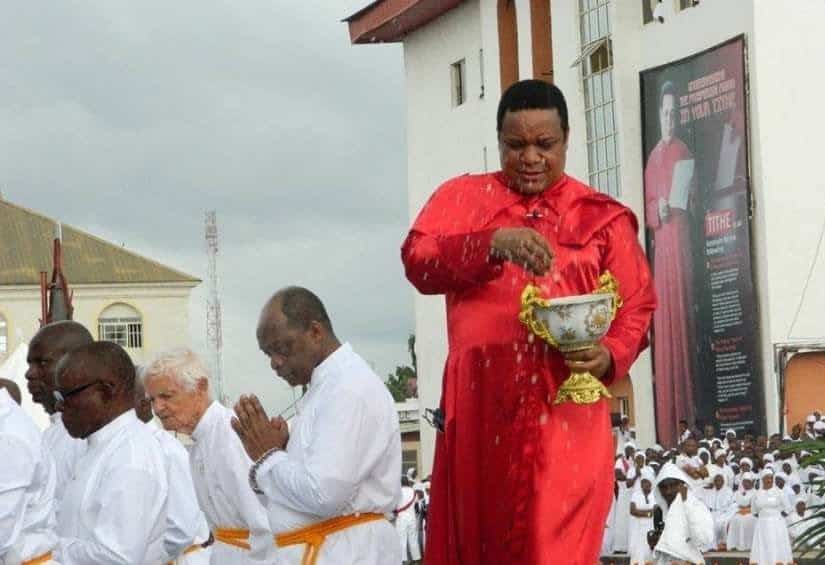 , the spiritual leader of the Brotherhood of the Cross and Star, on Thursday handed over to his son, His Holiness Olumba Olumba Obu.

The development was revealed by the spokesperson of the Kingdom, Christ Shepherd Edet Archibong, during a press conference in Calabar, Cross River State capital.

Archibong in his statement noted that the founder of the Kingdom has handed over the Kingdom to his son, His Holiness Olumba Olumba Obu.

“Leader Obu had finished His work of administering the Kingdom. He no more makes public appearances because everything is now done by His son, His Holiness Olumba Olumba Obu in fulfilment of the prophecy.”

“Leader Olumba Olumba Obu’s absence from the public scene has led to the insinuation in some quarters that He is dead.”

“The ancient of days is above death and never dies. He is alive and existing in the dual nature of spirit and human,” the Shepherd Archibong disclosed.

He further stated that the Brotherhood of the Cross and Star is neither a Church nor religion nor a family enterprise but the Kingdom of God on earth, created by God where the Children of God coexist in love and righteousness, devoid of barriers of race, religion social status and agenda

The spokesperson listed the business empire of the group to include the printing press, royal farms, rubber plantation, palm plantation, bakery and table Water.

Archibong announced that the 2020 anniversary of the coronation of the King of Kings and Lord of Lords, His Holiness Olumba Olumba Obu has been scheduled to hold on August 9, 2020.