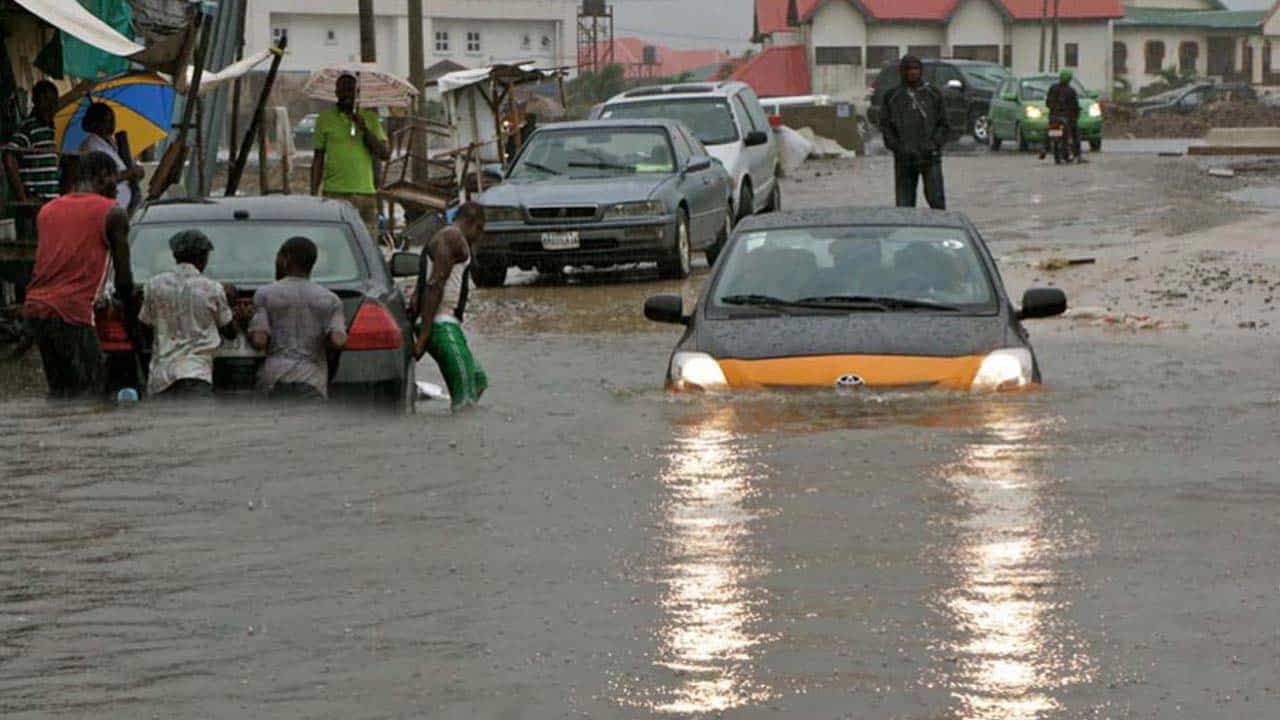 The National Emergency Management Agency (NEMA) has alerted that 28 states and 102 local governments in Nigeria might be at risk of flooding due to impending heavy rainfall.

Naija News reports that the alert was given by NEMA’s Director, Operations of charge of Ekiti, Ondo and Osun state, Olusegun Afolayan while speaking with journalists after sensitising some residents on how flooding could be avoided on Friday in Akure, the Ondo state capital. The alert is coming against the backdrop of warnings from the Nigerian Meteorological Agency (NiMeT) on the weather forecast.

The NEMA Director said the programme, in collaboration with the Ondo State Management Emergency Agency (SEMA), was part of the agency’s pro-activeness to responding to warning alerts by different agencies dealing with weather.

Afolayan said that the states under his jurisdiction were also part of the 28 states and the 102 local governments that were risk-prone to flooding, adding that the development is the “reason the agency is sensitising ahead of the impending danger’’.

His words: “Flooding is not always caused by heavy downpour alone, but when dams were opened too, it always leads to flooding.

“There is a prediction from NiMeT in February, and Nigeria Hydrological Service Agency (NIHSA) in May, informing us of impending heavy rainfall due to climate change and the ozone layer that will lead to flooding.

“About 28 states and 102 local governments have been earmarked for this possible flooding.

“So, we have to carry out sensitisation programme in the three states under my purview.

“We sensitised them about the need not to drop wastes in the gutter or the water paths.

“Those that built on the flood plains should move away in other to avoid the imminent flood disaster that is likely to happen between the month of August and October.

“And if flooding happens, it will lead to loss of lives and properties and we have to forewarn communities that may be affected.

“Causes of flooding are numerous; it’s not about rainfall alone but when the dams cannot accommodate more water,’’ he said.

Similarly, the Secretary of SEMA in Ondo State, Olufemi Obideyi, said that apart from the warning from relevant agencies, his agency was always creating awareness through different programmes to forestall flooding.

The Secretary of SEMA in Ondo State said people should not see the agency as a palliative sharing agency after disasters but as a proactive one.