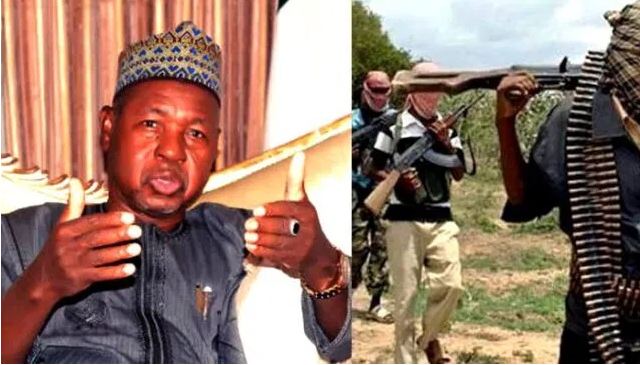 The Governor of Kastina state, northern Nigeria, Aminu Masari, says rainfall remained one of the challenges being faced by security agents, who had been battling bandits in the North-West and North-Central.

Naija News reports that the Kastina Governor made this comment during an interview with State House correspondents after a meeting he held with the President Buhari (retd.), at the Presidential Villa, Abuja.

The Kastina Governor added that the security agents had been having difficulties in moving heavy military equipment during the rainy season because of the soft nature of the soil in the forests where the bandits are.

His words: “North-western part of the country, where these bandits are, and the North-Central are vast forest areas and unfriendly terrains.

“Now, during rainy season, moving with heavy military equipment can be very challenging because the soil is soft and the rains are heavy. But it is doable. No situation is impossible especially to a willing and determined mind,” Governor Masari told PUNCH.