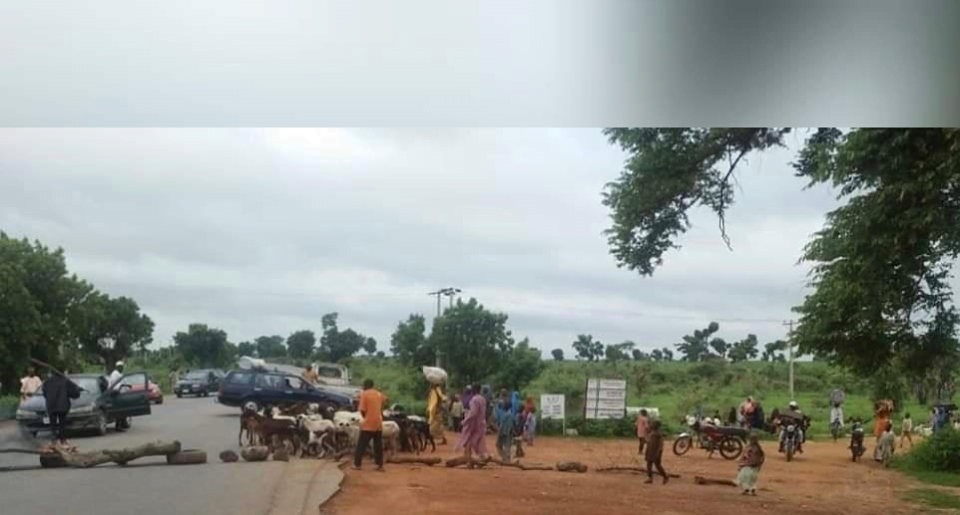 Following the spate of killings and multiple crisis rocking Katsina state in recent times, angry residents of Turare, Marke and Dogon Ruwa villages in Dutsin-ma Local Government Area of the State  have today blocked the Dutsin-ma – Kankara highway to protest the insecurity in their village.

The angry youths who came out in their numbers, placed logs of wood, stones and tyres on the highway, making it difficult for travellers to move.

The youths noted that they are tired of the incessant killings in the area.

In recent times, the state has witnessed a number of bandit attacks.

On Wednesday, the state governor, Aminu Masari, met with President Buhari to discuss the declining security situation in the state.

See photos from the protest below: 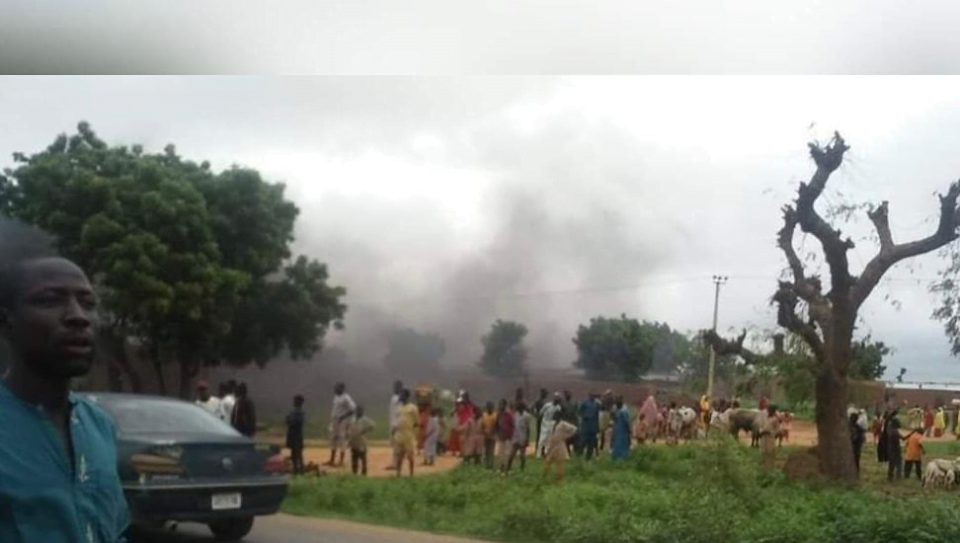 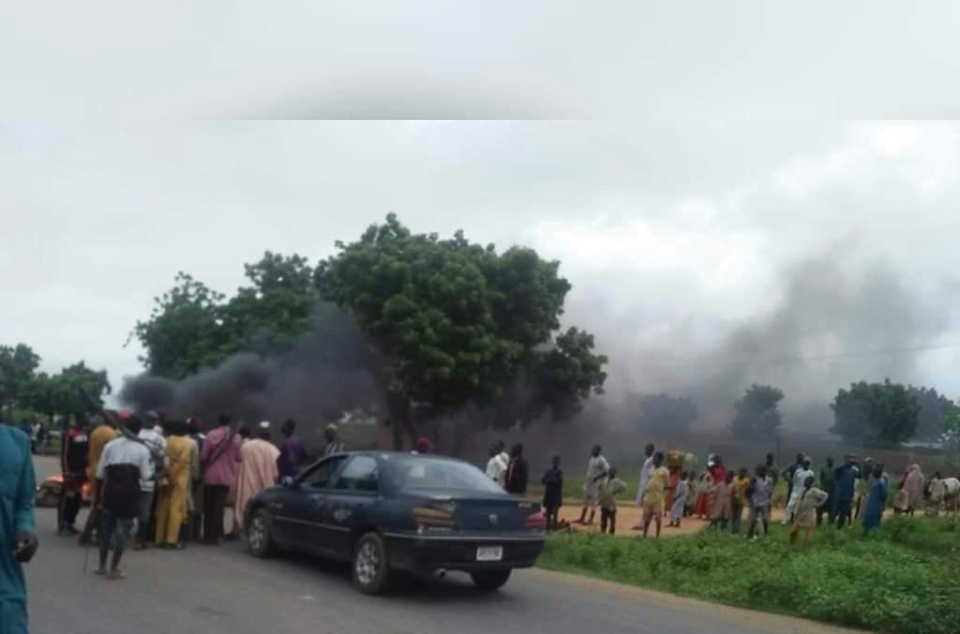