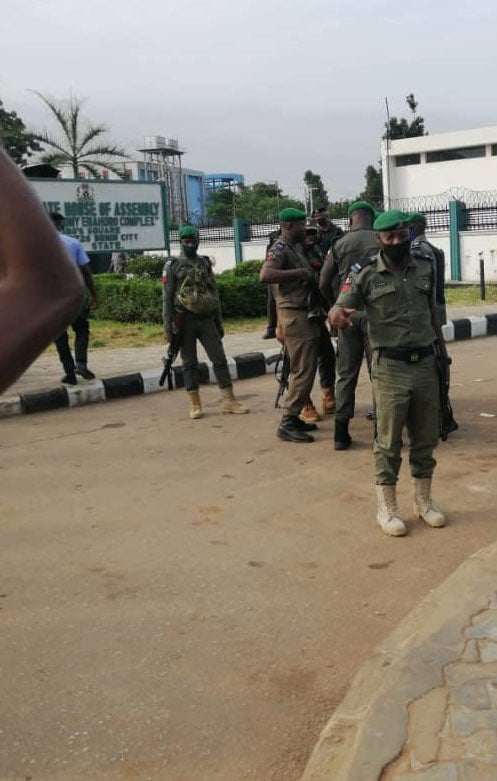 The premises of the Edo State House of Assembly on Thursday witnessed an unusual presence of heavily armed Police operatives.

The security officials led by Deputy Commissioner of Police (Operations), Ayoola Ajala stormed the complex while patrol vehicles were stationed around the area.

As previously reported by Naija News, the move is believed to be to forestall an alleged planned attack on the facility over some political disagreements in the state.

The Edo State House of Assembly Speaker, Hon. Francis Okiye had on Wednesday raised an alarm in which he alleged that a sitting governor is plotting to forcefully take over the State Assembly.

See photos of the heavy security presence at the Assembly Complex: 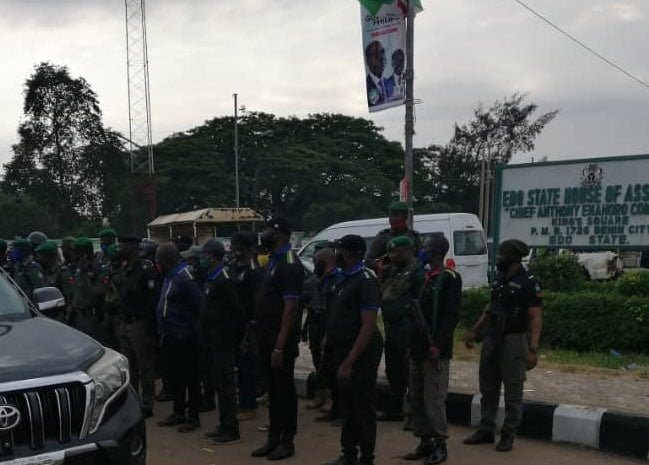 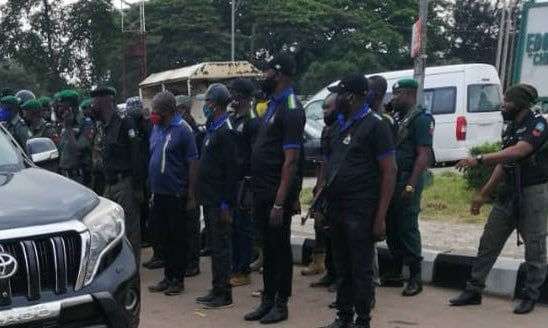 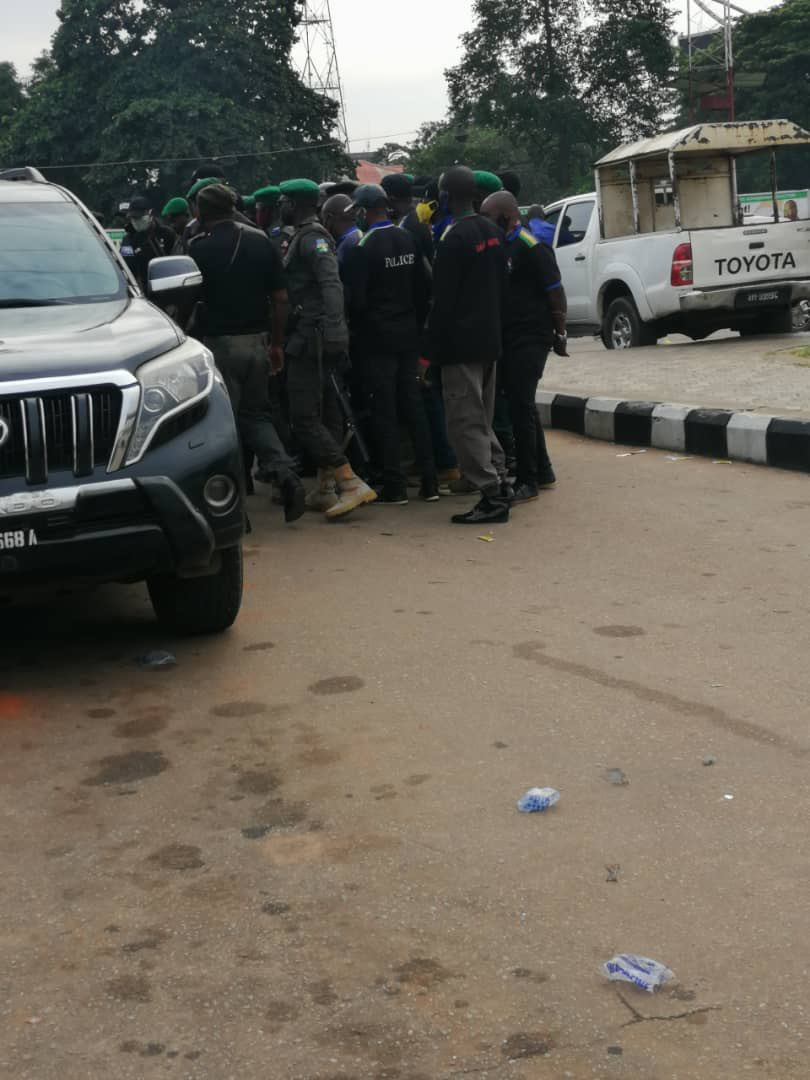