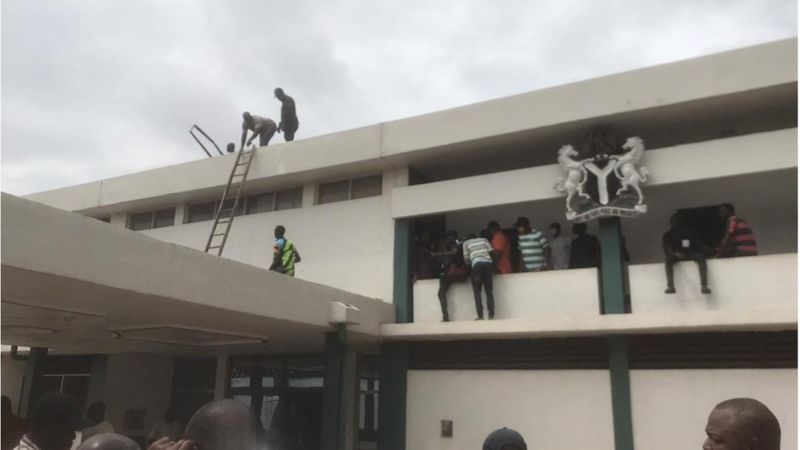 There was another dramatic event at the Edo State House of Assembly complex in Benin City today just a few moments after reports had it that Operatives of the Nigeria Police on Thursday, took over the assembly.

Naija News learnt that some citizens today stormed the state House of Assembly and teared down its roof.

Channels Television revealed according to a video in its possession how the angry citizens men damaged the roof and pulled down the iconic legislative mace on top of the building.

Also in the video, some trucks were seen offloading gravels at the entrance of the Assembly Complex while the hoodlums trooped into the assembly complex.

The development was coming barely 24 hours after Naija News reported that the Deputy Speaker of the Edo State House of Assembly, Yekini Idiaye, was impeached by the state lawmakers and immediately replaced by the member representing Orhionmwon-South constituency, Roland Asoro.