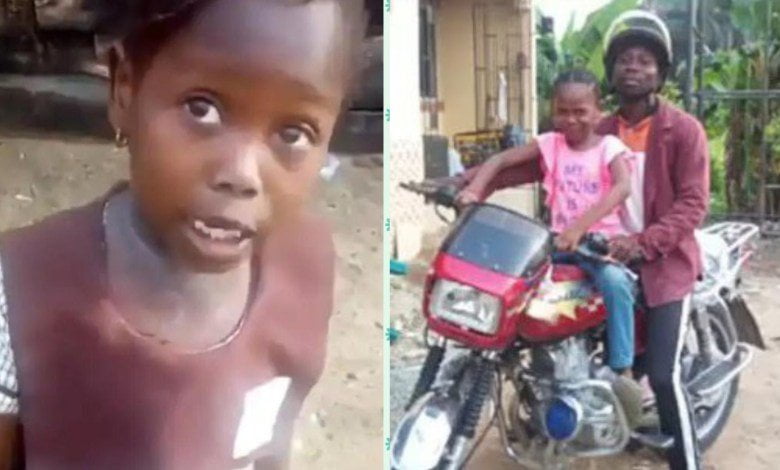 Success Adegor, the little girl that became an internet sensation, has lamented that all the promises made to her after her video went viral, were not fulfilled.

Naija News recalls that the Schoolgirl based in Delta State, became an internet sensation after she was sent home by her class teacher, and on her way home, she furiously said some words which were captured on camera.

Little Success was also said to have been given N5 million in intervention funds from various donors.

However, in a video which surfaced on social media recently, Success lamented that she was only given a scholarship from primary four to six.

“No. Everything na fake. Everything wey dem say dem don give ds wan and dat wan na fake,” she said in Pidgin English.

The Delta schoolgirl added that the job which was given to her mother had not been made official.