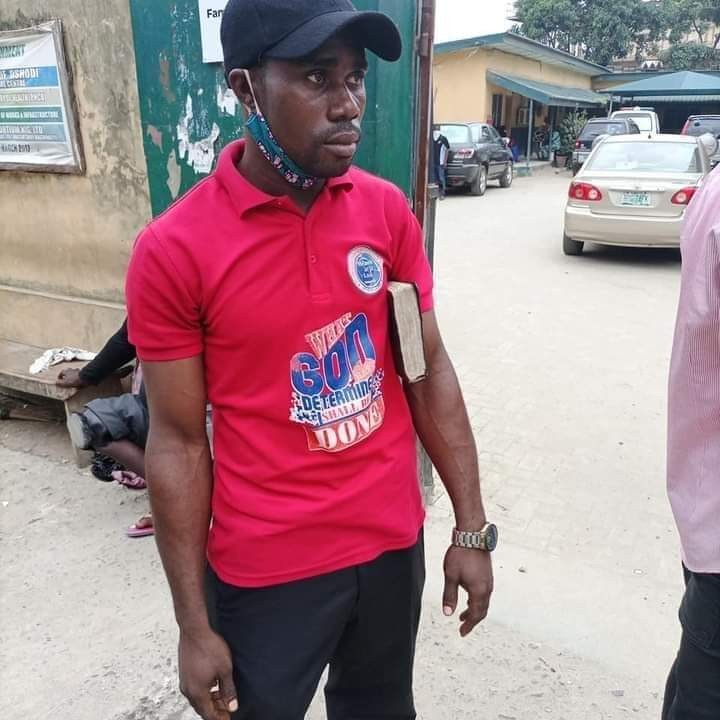 A video has gone viral, showing the moment a parent tried to stop the arrest of a pastor, who raped and impregnated their two daughters.

Yesterday Naija News reported that a minister in popular Nigerian church, Lord’s Chosen, Pastor Nduka Anyanwu, who lied to two underage sisters and raped them for years, has met his nemesis.

Anyawnwu was said to have lied to the sisters that they had “bad luck” and in order to get rid of it, he has to sleep with them.

Anyanwu, who pastors the Lord’s Chosen Church, Canaan Land branch in Oshodi has allegedly impregnated the sisters aged 17 and 13.

More surprising according to the NGO was the fact that the girls parent knew, but allowed the pastor to carry on because he told them the same lie about spiritually cleansing them.

They further claimed that the parents of the girls put up a defense for the pastor when the NGO, tried to arrest.

They claimed that he had already promised to marry their first daughter.

They said the pastor said that he wants the older sister to keep the pregnancy and he’ll marry her but asked that the younger sister aborts her pregnancy because what happened between them was a mistake.

Police officers at the Makinde Police Station arrested the pastor and he’s now in their custody. Stop The Abuse Foundation wrote:

Watch the moment the parents tried to prevent his arrest below.