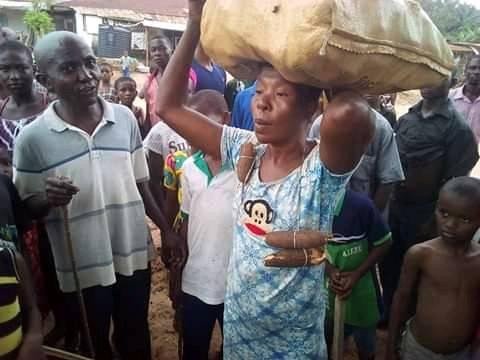 A woman in Abia State landed herself into trouble after she was caught with stolen cassava fully loaded in a sack.

Residents of the Nkwedi, a community of Ohafia local government area of Abia state where she was caught, forced her to carry the full loaded sack on her head while they paraded her around the community.

A social media user, Endurance Kalu who disclosed the incident on his Facebook page described the action of the village people as ‘jungle justice’.

He wrote; “A vibrant married lady without disability was caught stealing cassava from someone farm who also struggle to cultivate the farm.

“She was made to carry the cassava on her head and was paraded round the village as she has to bear the heavy pain on her neck and shame of her act.. Is the villagers right or wrong for such jungle justice??,”

See some photos of how the lady was paraded below; 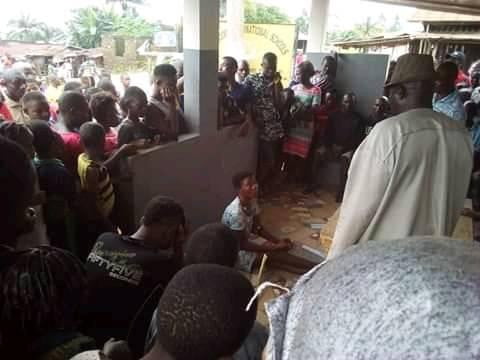 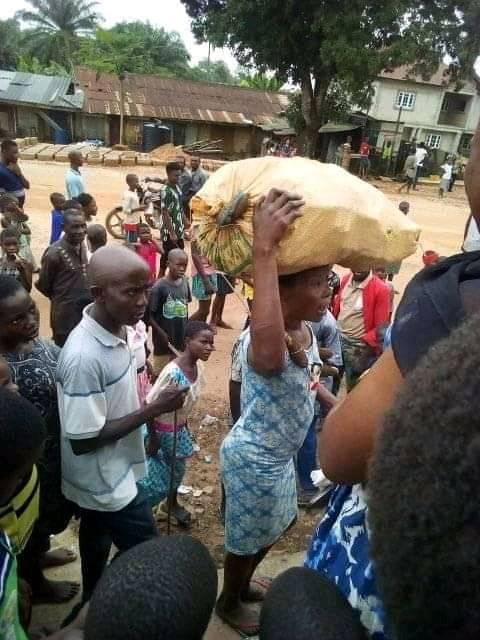 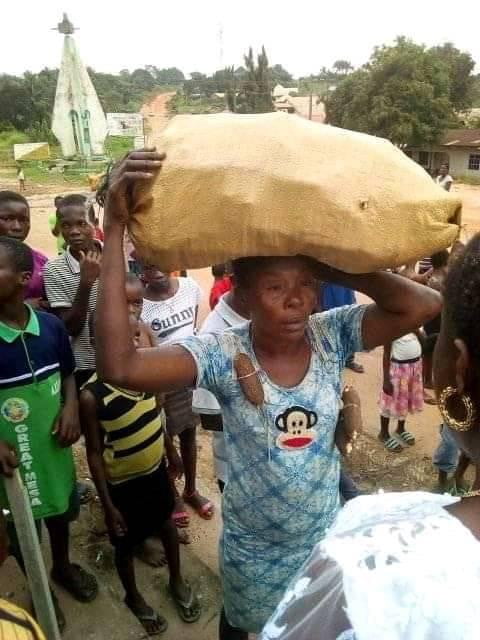 Meanwhile, Naija News reported earlier that Enugu State Command of the Nigeria Police Force (NPF), has arrested one Ifesinachi Nwankwo for allegedly responsible for the killing of an Assistant Superintendant of Police.

The culprit who was formerly a Nigerian Army was dismissed from the service following a continuous attack on his base by the Boko Haram insurgents in the year 2018.