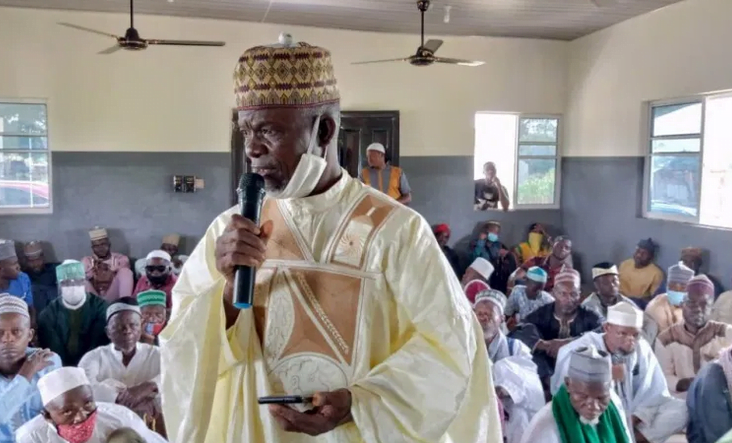 The Governorship candidate of the All Progressives Congress, Pastor Osagie Ize-Iyamu and his running mate, Gani Audu, on Wednesday received the support of Edo North Council of Imams ahead of the September 19 election.

The council revealed this on Tuesday at the meeting held in Auchi, Etsako West, Edo State.

Momoh further stated that they are appreciative to Allah for this favour in the person of Audu.

The wife of the Deputy governorship candidate, Gani Audu, while speaking noted that she and her husband

In her own remarks, wife of the deputy governorship candidate, Hajia Nana Gani Audu, said she and her husband were overwhelmed with the support and prayers from the Muslim community in the state.

“My husband and I are overwhelmed with the support and prayers we are getting from the Muslim community in Edo State and that alone is a big motivation for us,” she said.

Yakubu Musa also stated that the Muslims are ready to vote that APC governorship candidate and his deputy.

The Secretary of Muslim Support Committee, Edo APC Campaign council, Comrade AbdulSallam Muhammad, who was also at the meeting, gave gratitude to Allah over the emergence of a Christian-Muslim ticket, a project he said the Muslims had longed for since the inception of democracy in 1999.

According to him, Edo has never produced a Muslim deputy governor over the years of democracy in the state. He noted that this is an ample opportunity for the Muslims to actualise that goal, hence the need for the Muslims to come out en masse to support and vote “their brother in faith, Mallam Gani Audu, who is not only a Muslim but a devoted Mallam.”

The meeting also had in attendance, the Chairman of the Imam council, Alhaji Musa Zekeriyya, Alhaji Suleiman Ukashat and other eminent Muslim personalities in Edo North.