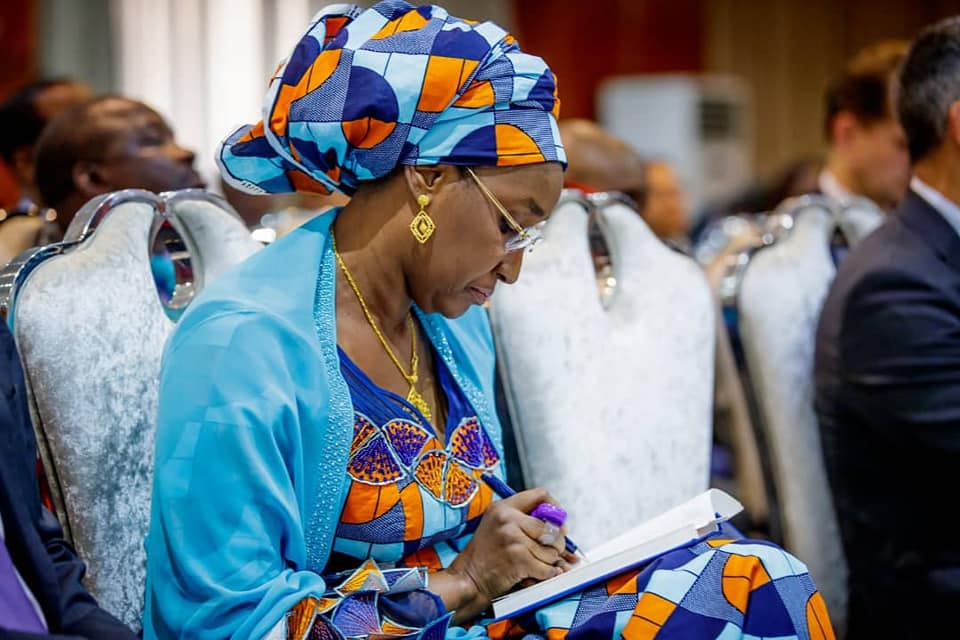 The federal government of Nigeria has so far spent about N523.3 million in feeding school children during the coronavirus pandemic lockdown.

This was disclosed on Monday by the Minister of Humanitarian Affairs, Disaster Management and Social Development, Hajiya Sadiya Farouq.

The Minister who spoke during the Presidential Taskforce briefing on COVID-19 on Monday in Abuja noted that it is important to release the figures to the public to curb the lies been peddled in public space over how much the government has spent on the intervention programme.

“It is critical at this juncture to provide details that will help puncture the tissue of lies being peddled in the public space,” she said.

“The provision of ‘Take Home Rations’, under the modified Home Grown School Feeding programme, was not a sole initiative of the MHADMSD.

She added that the intervention was carried out by her ministry in collaboration with other government agencies and state governments based on the directive of President Muhammadu Buhari.

“The ministry, in obeying the Presidential directive, went into consultations with state governments through the state Governor’s Forum, following which it was resolved that ‘take-home rations’, remained the most viable option for feeding children during the lockdown.

“So, it was a joint resolution of the ministry and the state governments to give out take-home rations.

“The stakeholders also resolved that we would start with the FCT, Lagos and Ogun states, as pilot cases,’’ the minister said.

Farouq noted that the figures used in computing the figures were obtained from the National Bureau of Statistics (NBS) and the Central bank of Nigeria (CBN).

“According to statistics from the NBS and CBN, a typical household in Nigeria has 5.6 to six members in its household, with three to four dependents. “So, each household is assumed to have three children.

“Based on the original design of the Home Grown School Feeding programme, long before it was domiciled in the ministry, every child on the programme receives a meal a day.”

She then went ahead to give a breakdown of how the calculations were done to arrive at the total figure of N523,273,800 which has so far been expended on the programme within the period under review, noting that the process was monitored by independent technical partners as well as other government agencies.

“The meal costs N70 per child. “When you take 20 school days per month, it means a child eats food worth N1,400 per month. “Three children would then eat food worth N4,200 per month and that was how we arrived at the cost of the ‘take-home ration’.

“The agreement was that the federal government will provide the funding while the states will implement.

“To ensure transparency in the process, we partnered with the World Food Programme (WFP) as technical partners.’’