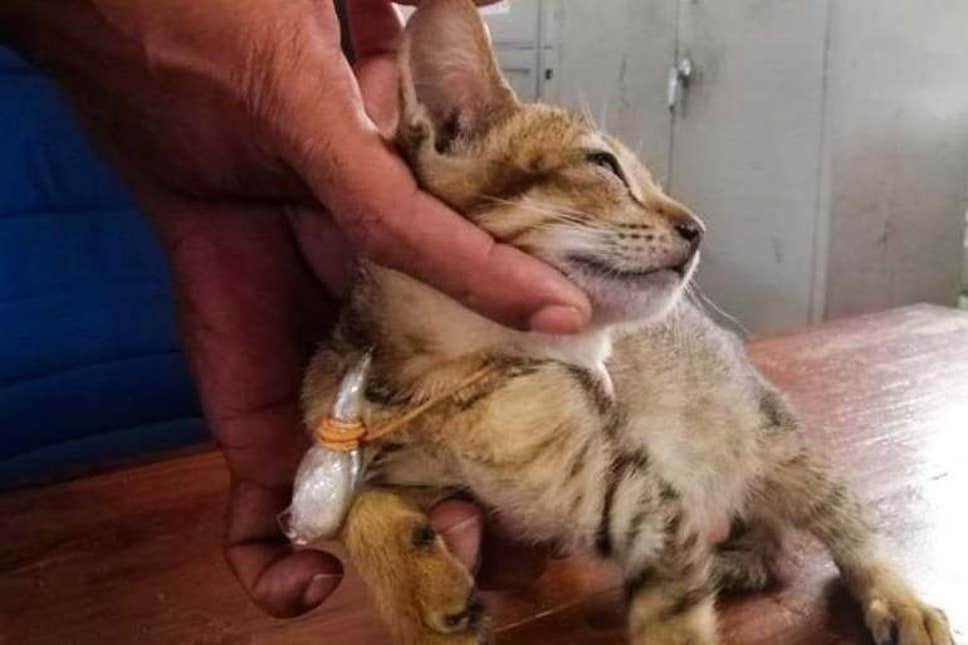 A cat reportedly arrested and detained at Sri Lanka’s main prison for allegedly been used to smuggle hard drugs has fled from his cell.

Naija News learned that other items such as cell phone SIM cards were also recovered from the cat’s body as they were tied around his neck.

Confirming the report, a police officer connected with the arrest revealed that the smuggling attempt was busted by the jail intelligence officials on Saturday, August 1, at the high-security Welikada Prison.

According to him, nearly two grams of heroin, two SIM cards, and a memory chip were recovered in a plastic bag tied around the cat’s neck. The report further confirmed that the detained cat had escaped the prison on Sunday, August 2.

Although, no statement has been made yet by the prison authorities, reports, however, confirmed that recently, there were reports from the prison management of an increase in incidents of people throwing small packets of drugs, cell phones, and other accessories over the prison’s walls.

The Police personnel disclosed further that investigations have commenced to find out more about the fleeing cat.

In another report earlier, a man in Ilorin, the capital city of Kwara State has reportedly rejected two of his children because of their eye color.