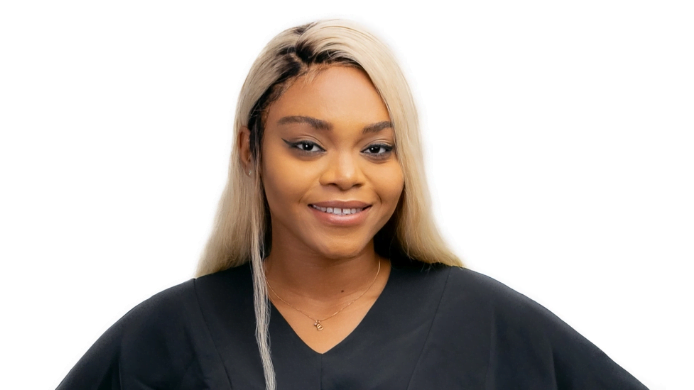 A storm of reactions by Nigerians has greeted Lilo’s eviction from BBNaija reality television show.

Naija News had reported earlier that four BBNaija housemates were put up for BBNaija eviction on Sunday. The show host, Ebuka, announced the housemates up for as Lilo, Ka3na, Praise and Eric.

However, Ka3na and Lilo were evicted. Ka3na was the first to be evicted while Lilo became the second to be evicted from the BBNaija Lockdown 2020.

Before the eviction, Lilo was Eric’s partner with both serving the viewers “couple’s goals”. When asked by Ebuka how she feels about Eric after she was evicted, Lilo had said: “I feel the same” which was a confirmation that the relationship with Eric is still intact and would continue after the BBNaija reality show.

READ ALSO  Big Brother Naija: Show Too Small For Me, I Want To Go For Big Brother Africa - Bobrisky

When asked about her boyfriend outside the house, Lilo was unable to say anything, the evicted housemate didn’t want to reveal anything about him or the circumstances surrounding their relationship.

A moment after Lilo was evicted by Biggie from the BBNaija house, Nigerians took to the micro-blogging site, Twitter to react to the evection.

Dear LILO, I know we planned to continue in the house, but the Lord of #Brighto has other plans?? #BigBrotherNaija pic.twitter.com/0RPKz9FkTN

Lilo leaving didn’t hurt than finding out now that those close to her aided in her leaving. Lesson to self : fear humans #BBNaija pic.twitter.com/kXDFkM0YEb

Bye Lilo. You’ll be received with family meetings as soon as you get home #bbnaijialockdown

Biggie: 'Eric tell big brother why you ate indomie even before lilo could get home".
Eric: #BBNaija pic.twitter.com/iwXV32hvR0

Lilo deserves it! I hope she sees this. You lost this game because of man, Eric. What a sad way to loose ? #bbnaijialockdown

I can't believe that Kaisha is still in that house. Lilo with her overconfidence is gone. She should sit at home and watch Eric Display his true character in the House!!
Chai Katrina my Boss Lady..it is well sha, Let the Game Continue #bbnaijialockdown #BBNaija

Lilo to Eric after she was evicted from the Big brother house #Bbnaija #bbnaijialockdown pic.twitter.com/OnKl2Qnulo

Teddy A after Bambam's Eviction
Vs
Eric after Lilo's Eviction. #BBNaija pic.twitter.com/VFje0y0BRH

When Teddy A's BamBam was evicted VS when Eric's Lilo was evicted from the #BBNaija House pic.twitter.com/ctjlxh2RW5