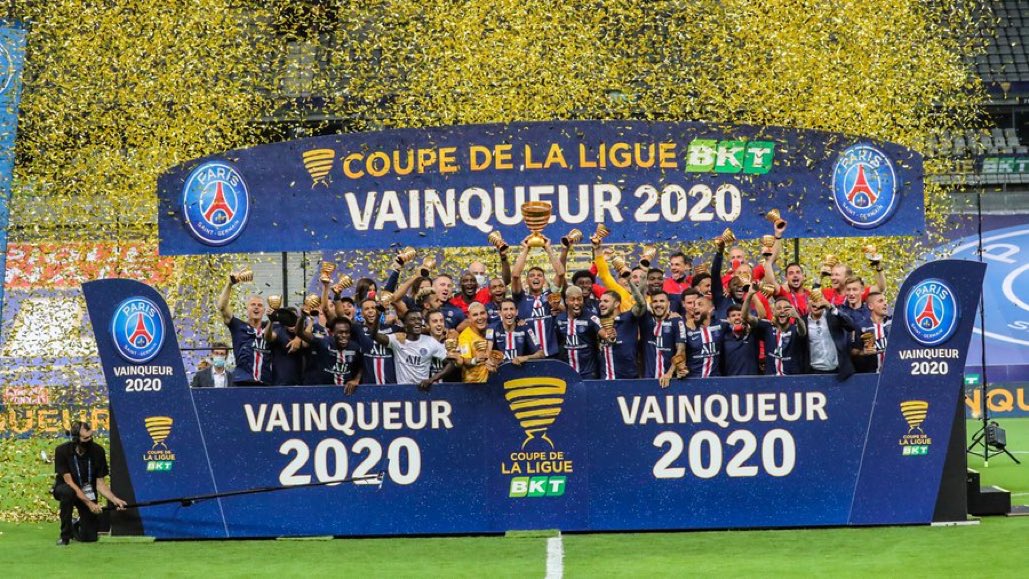 The Paris based club made the record after a though full time and extra minutes goalless match against Lyon on Friday night.

The club recorded another domestic treble after beaten the visiting team to 6-5 on penalties in the French League Cup final. Pablo Sarabia scored the decisive kick in the hot shoot-out after Keylor Navas had saved from Lyon’s Bertrand Traore, Naija News understands.

It could be recalled that the Paris Saint-Germain football club were crowned Ligue 1 champions in April, despite the halting of sports activities for a few months due to the outbreak of Coronavirus pandemic across the world.

Meanwhile, Naija News has reported that Super Eagles Striker, Victor Osimhen has finally sealed a deal with the Italian championship side, Napoli.

The deal, worth €70m, which could rise to €80m with bonuses, was completed before the player travelled to Nigeria for holiday.