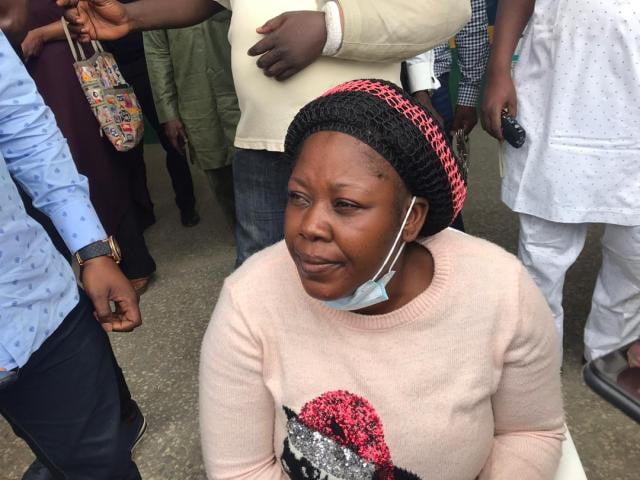 A 37-year-old woman has confessed to the Federal Capital Territory (FCT) Police Command why she had to stage her own kidnap.

According to the lady whose name is identified as Torkwase Queen Ayakpa, things has become unbearable for her following the outback of COVID-19, adding that there was no much sales again since the pandemic started.

The hairstylist who was arrested for allegedly staging her own kidnap, confessed that she did it to get N20,000 from her sister and to as well confirm if she truly loves her.

Naija News understands that Ayakpa was one of the 24 suspects paraded by the FCT police command for allegedly involved in different forms of crimes on Wednesday, July 29.

It was reported that the woman had conspired with one 36-year-old man identified as Fidelis Ikule to stage her own kidnap.

The FCT policemen, however, arrested Ayakpa, and Fidelis, both indigene of Benue State where they were awaiting the ransom.

Naija News understands that the duo were apprehended after a team of policemen traced the calls they were making for the ransom to Fidelis’s house in Mashafa Village, Mpape, Abuja.