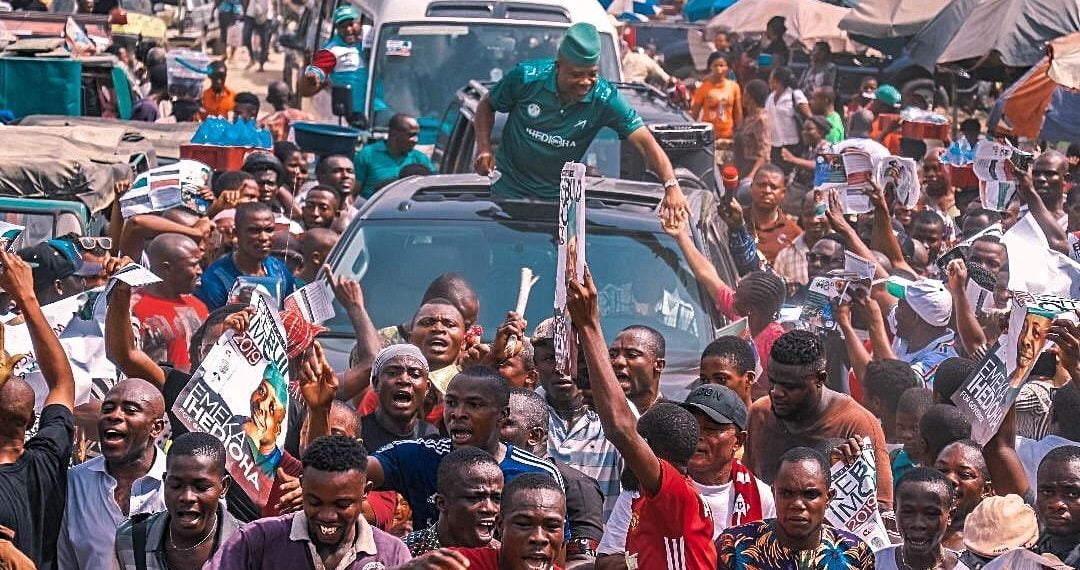 Sacked governor of Imo State, Emeka Ihedioha, on Thursday arrived the state for the first time since his ouster by the Supreme Court.

Ihedioha, a former Deputy Speaker of the House of Representatives, had initially cancelled plans to visit the state due to allegations that his visit would set the state on fire.

The Uzodinma-led administration called on the security operatives in the state to pay attention to the plan of Ihedioha and PDP and take steps to ensure that there is no breach of peace.

Following the call by the Imo State government, the Nigeria Police banned rallies and protests across the state.

But Ihedioha finally entered the state on Thursday with a rousing welcome from his supporters.

The elected governor of Imo State, @EmekaIhedioha, returned to Owerri, the state capital, today for the 1st time since the #TagTeam of Supreme Court & Ejike Mbaka invented #jurispridunce in January.

There was a downpour in Owerri but it did not dampen the outpouring… pic.twitter.com/U4pBlxYBpb