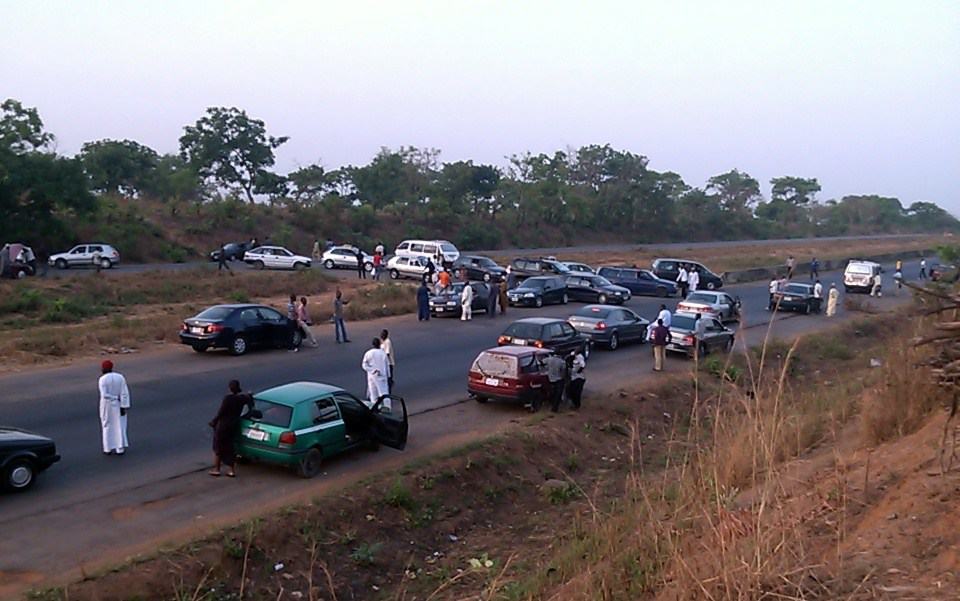 Some yet to be identified gunmen have reportedly kidnapped travellers along Abuja- Kaduna Expressway.

Though the number of people kidnapped during the attack is yet to be confirmed as at this time, reports, however, revealed that the incident happened on Thursday, July 30 at about 9:00 am.

Naija News understands also that quite a number of travellers had time without number expressed their fear over attacks on the road, with the development of hike in train fare by the Nigerian Government.

According to complaints from travellers, the increment will force them back to the road where kidnappers operate daily.

Efforts to get more details about the road attack from the Spokesperson for the Kaduna State Police Command, Muhammed Jilge, however, proved abortive as he could not confirm the incident as at the time he was contacted newsmen.

In another news, Naija News reported that Ondo State Command of the Nigeria Police Force (NPF), has arraigned one Mr Olabode Oluwaseun, before the Magistrates Court in Akure, for allegedly responsible for the death of his wife and their unborn baby.