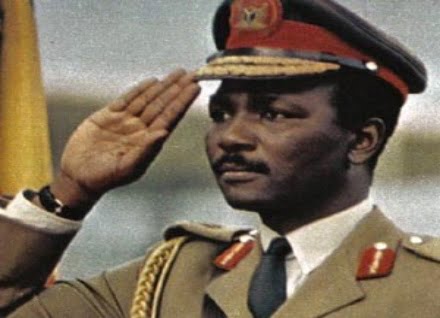 General Yakubu Gowon is a former military leader of Nigeria who ruled between 1966 to 1975. It was during his regime that the country’s civil war started and ended.

He came into power at the age of 31 after the 1966 Nigerian counter-coup and was overthrown in the 1975 Nigerian coup d’état.

On 29 July 1975, while Gowon was attending an OAU summit in Kampala, a group of officers led by Colonel Joe Nanven Garba announced his overthrow.

The coup plotters appointed Brigadier Murtala Muhammad as head of the new government, and Brigadier Olusegun Obasanjo as his deputy.

Gowon subsequently went into exile in the United Kingdom.

45 years after Gowon’s government was overthrown, Naija News has obtained a video of the former military leader’s immediate reaction after he was informed that he had been removed from office via another military coup.

The moment was captured in a video by Reuters and made available on social media by a Twitter user identified with the username @segalink.

Today in History; 45yrs ago, on 29 July 1975: Gen. Yakubu Gowon, President of Nigeria, was in Kampala attending the OAU meeting when he heard–via one of his aides–that he had been ousted from office in a military coup.

Reuters captured the moment when Gowon was given the news. pic.twitter.com/bNoy8pgScQ