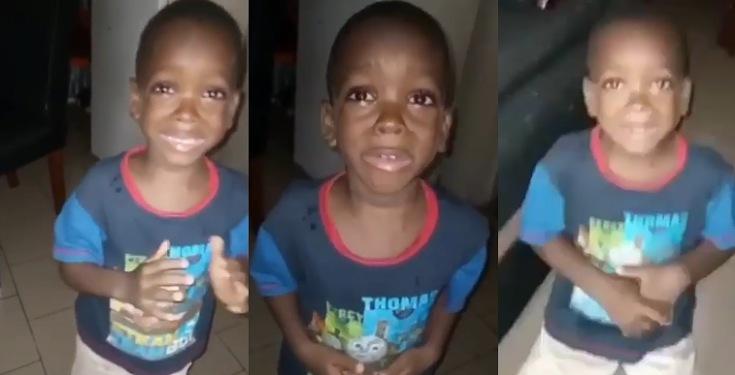 A second part of the viral video of a young boy pleading and negotiating with his mother not to beat him has surfaced on the internet.

It will be recalled that in the first part of the viral video, the young boy could be seen pleading with his mom not to beat him after he had obviously committed an offence.

In the hilarious but emotional video, the boy continually pleaded with his mom to forgive him and give him a last chance.

As previously reported by Naija News, after the video went viral, the Lagos State Governor, Babajide Sanwo-Olu, used the content to send a message to Lagosians.

In a post on his official Twitter page, the Lagos governor, while citing the video, called on Lagosians to calm down during the Sallah celebrations.

Sanwo-Olu reminded residents of the state that we are still in the middle of the COVID-19 pandemic and need to remain extremely careful to keep the gains of the sacrifices we have all made.

About 24 hours after the viral video, a second part of the video has emerged online and has been obtained by this online medium.

Check it out below:

The continuation of mummy calm down…
This boy ehh!!!!
Mummy it must not be hot oooooo!!!!!