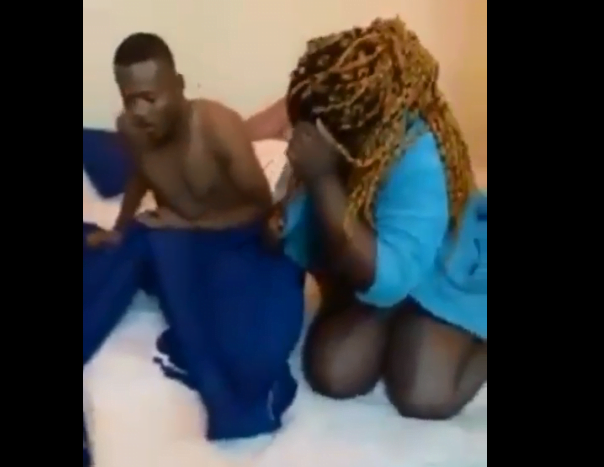 In a now-viral video on social media, some reportedly Ghanaian community leaders have mercilessly dealt with a lady caught sleeping with a Sudanese man.

A source who shared the video on Instagram on Wednesday, July 29, revealed that the incident happened in Saudi Arabia.

The report had it that the Ghanaian lady was given 100 lashes of a cane following slaps and kicks she had received from her alleged home country leaders in the country. As seen in the video, the young lady was beaten even with a belt while she was still naked, by the leaders who exchange words with her in their local language.

According to the community leaders, most Ghanaians in Saudi Arabia are displaying Ghana in a bad light in the foreign country with their promiscuous lifestyle.

The incident occurred In Saudi Arabia

Meanwhile, the female student of Babcock University who was expelled last year after appearing in a viral sex tape has been given an international scholar whip, Naija News reports.