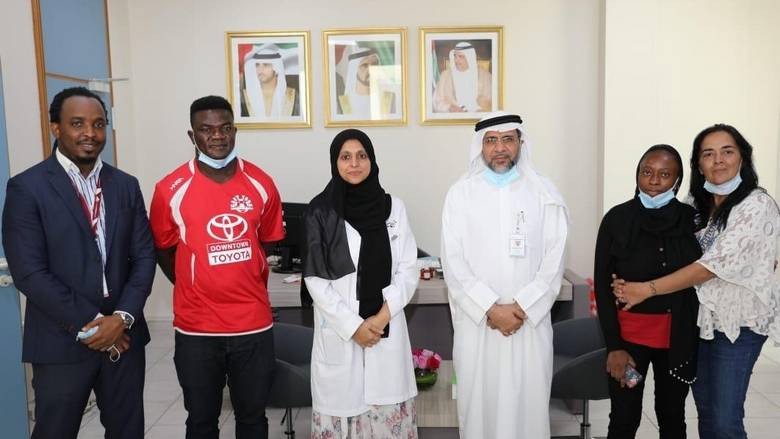 Nigerian couple, Tijani and Suliyah Abdulkareem has expressed their unreserved gratitude to Dubai crown prince, Hamdan bin Mohammed for his kind gesture to their family.

It was reported that Mohammed rescued the family from been indebted after he solely paid the hospital bill of their children.

Naija News learnt that the Nigerian parents who were stranded in the country welcomed their quadruplets at the Latifa Hospital for Women and Children on July 1, 2020. The babies were said to be placed on ventilators at the neonatal intensive care unit because they were born prematurely.

However, because the parent had no medical insurance, they were indebted to the tune of $120,000 for the whole medical care to keep the babies alive.

Reacting to the gesture displayed by the prince, Abdulkareem said he will name two of his children after Mohammed while the girls will as well be named after the hospital where they were born.

“It’s just a huge favour, and we are still in shock because we didn’t even know how to get the money. I had been sleepless wondering how to pay the bill,” said Abdulkareem.

He further expressed his gratitude to the Nigerian community and all who have supported them in their house bills while they were stranded in the country due to the Coronavirus pandemic.

Abdulkareem added; “We have been getting calls from Portuguese and Brazilian nationals in Dubai. People have been trying to reach us. The Nigerian community has been following us every step of the way.”

Meanwhile, a 37-year-old woman has confessed to the Federal Capital Territory (FCT) Police Command why she had to stage her own kidnap, Naija News reports.