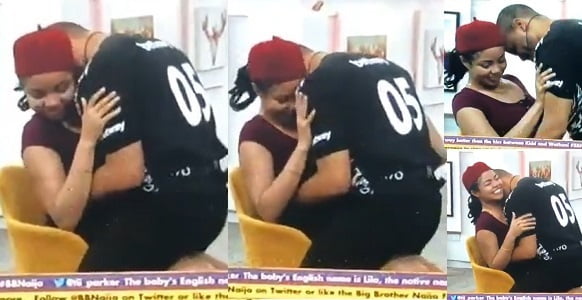 The love relationship  between Ozo and  Nengi recently took a surprising twist of event following what Ozo believes to be influenced by a prince and Kidiwaya.

Naija News recalls that the first week was all about Nengi dropping hints for the highly desired economist. And that week, Ozo did all he could to let everyone know that all he felt for Nengi was a physical attraction. He even went as far as telling her that he fancies her. However, he would go ahead to explain that ‘fancy’ did not mean the same thing as ‘like’ to him.

Fast forward to the Sunday Night Live Eviction show, and Ozo admitted to Ebuka that he does in fact feel something for her. This is where things get even weirder. The tides suddenly changed as Nengi who had been all over Ozo last week, now all of a sudden had Ozo draping all over her.

Speaking, In a conversation with Dorathy, who he long friend-zoned, Ozo tried to rein in his emotions as he blamed Prince and Kiddwaya for constantly frustrating his attempts to have private moments with Nengi.

see the Video below

OZO: I don’t have time for childish things.

Meanwhile, reacting to the development Nengi clarified her relationship with Ozo.

According to her, they are just friends and he has no reason to be upset.

Nengi asked Ozo why he was upset about something. She said he should not be because at the end of the day, they are just friends and it is not like they have something more.