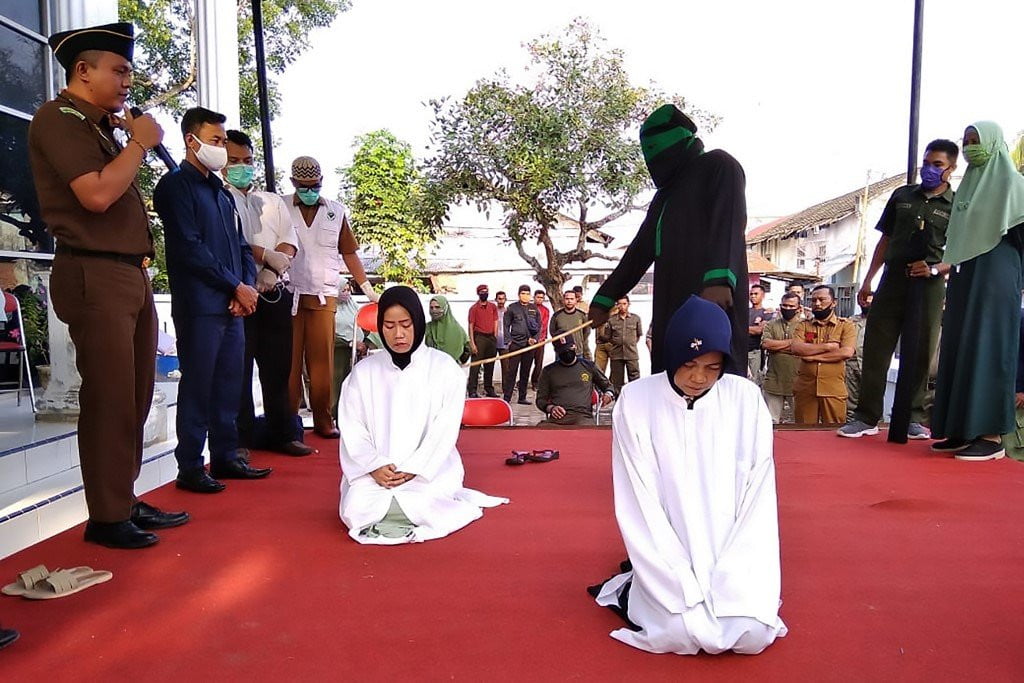 Two Indonesian women who were found guilty of offering online sex services have been whipped 100 times each in the Aceh province of the Asian country.

According to information gathered by Naija News, the women were beaten publicly on Monday, July 27 for violating sharia by advertising (sex) through the internet.

Despite the Coronavirus fears, many residents of Langsa city in Aceh trooped out to witness the beating of the women.

Aji Asmanuddin, the head of Langsa’s Islamic sharia agency, said the two women were arrested in March along with five sex workers.

The five others could also face similar beatings if they are eventually found guilty of violating the Shariah law.

‘This is the first (pimping) case in Langsa although we believe there are many of them out there,’ Asmanuddin said.

‘We just don’t have the necessary tools to monitor them online.’

Though Islam is the major religion in Indonesia, Aceh is the only region to impose Islamic sharia law, which allows flogging on several offenses including prostitution, gambling, adultery, drinking alcohol, and gay sex.

READ ALSO  Audio: "I have Wasted Your Son & Nothing Will Happen" Police Officers, Nwafor Brags