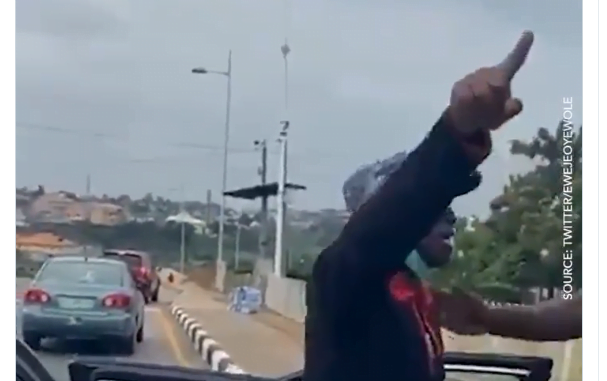 A now-viral video on social media has caused a barrage of reactions among citizens after an officer of the Nigeria Police Force (NPF) reportedly shot at the back glass of a family ride, with kids at the back of the car.

According to the report monitored on Sahara Reporters by Naija News, the officer shot the car because the man driving refused to settle him with a bribe.

Though there were no much details about the incident yet at this time, Naija News, however, understands that it happened somewhere in Lagos State.

Parents of the kids and passersby could also be heard in horror argument with the officer by the road side.

Watch the viral video below;

This is coming barely a week after Naija News reported that Nasarawa State Commissioner of Police, Bola Longe has condemned four officers of the Nigeria Police Force who allegedly took hid from kidnappers while waylaying their victims.