A Nigerian pastor identified as Humble Okoro has wowed Nigerians after he organised a fresh funeral for black American, George Floyd, two months after his death.

It could be recalled that the 46-year-old was murdered by some men of the Minneapolis Police, two months ago for an alleged tender of counterfeit bill.

It was, however, shocking to Nigerians to see Pastor Okoro organising a fresh burial service for the deceased who was buried in Houston on June 6. The wonder funeral service was reportedly done in Mbaise Local Government Area of Imo State.

According to a report by Leadership, the Nigerian clergyman during the funeral service said he was happy to see that Floyd was laid to rest with his ancestors.

He said, “I have traced the ancestral root of George Obinna Floyd to Umuoffor kindred in Obokwu obibi Aboh Mbaise Imo State and I feel so happy now that we have reburied him alongside with his ancestors.”

See below some photos from the funeral; 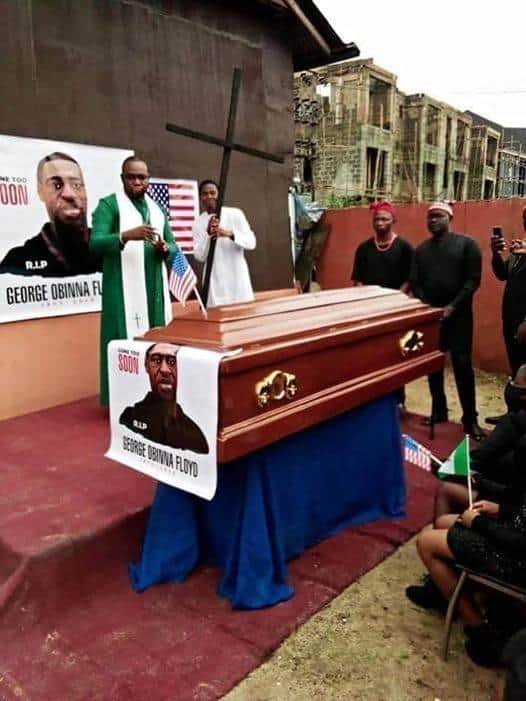 In another news, Commander of Operation Safe Haven, Chukwuemeka Okonkwo, while speaking on Tuesday, July 28 in Kaduna State revealed the cause of killings in the Southern part of Kaduna State, Naija News reports.