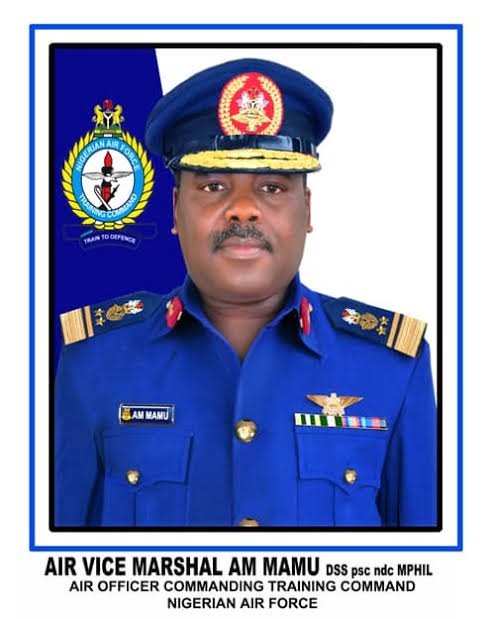 Mohammed Alkali Mamu, a former chief of administration of the Nigerian Air Force, has been sentenced to two years imprisonment for receiving gratification worth $300,000.

He was sent by a court of appeal sitting in Abuja in the early hours of today.

Recall that in June 2016, the Economic and Financial Crimes Commission (EFCC) had raised a four-count charge against Mamu after he allegedly collected a cash gift of $300,000 and N5.9 million for the purchase of a Range Rover Evoque.

It was noted also that he received two vehicles, Ford Expedition SUV and Jaguar XF Saloon valued at N15 million and N12 million respectively from Societe D’ Equipment Internationaux Nigeria Limited while facilitating a covert assignment of the office of the national security adviser on the war against terrorism.

A three-man panel of the appellate court while delivering its judgement on July 15, 2020 convicted Mamu on one out of the four-count charges brought against him.

The court found him guilty on count two, where he was found to have “corruptly” accepted a gift of $300,000, through Kalli Fertilizer Company (a firm owned by his daughters) from Himma Abubakar, owner of Societe D’ Equipment International Nig. Ltd (SEI Nig Ltd), a company engaged to supply military equipment to NAF, under Mamu’s supervision.

He was then sentenced to two years in prison but thr decision was overruled by Yargata Byenchit Nimpar, who read the lead judgment gave Mamu an option of N500, 000 fine.

According to the judge, “the trial court failed in its duty by applying principles of law in a flawed manner, leading to the striking out of the confessional statement.”

“There was no legal basis for that action. Considering the evidence before the court, there was corroboration for the confessional statement particularly, the SEI Ltd’s payment for the cars, to the fertilizer company in which his (Mamu’s) daughters are directors and bank documents,” Nimpar held.

“The sum of $300,000 was not legitimate income from his (Mamu’s) employers. Mr. Himma Abubakar was not respondent’s employer and had no business paying the respondent any sum as appreciation. This is coming at the backdrop of the admission by the respondent that he got more than he was allegedly entitled to.

“On count two, I find for the appellant that it proved the allegation beyond reasonable doubt. I find the respondent guilty on count two. On counts one, three and four, there was no direct admission and even though it was established that the respondents got cars paid for by SEI Nig Ltd (Himma Abubakar) and delivered by Coscharis.

“Flowing from above therefore, the respondent is discharged and acquitted on counts one, three and four of the charge, but guilty of count two.

“Considering the circumstances and the facts in this appeal, particularly the fact that the respondent quickly refunded the sum of $300.000, there is no history of previous conviction before the court. Therefore, in exercise of the court’s discretion, the respondent is hereby sentenced to two years’ imprisonment and in the alternative, an option of N500, 000 fine.”