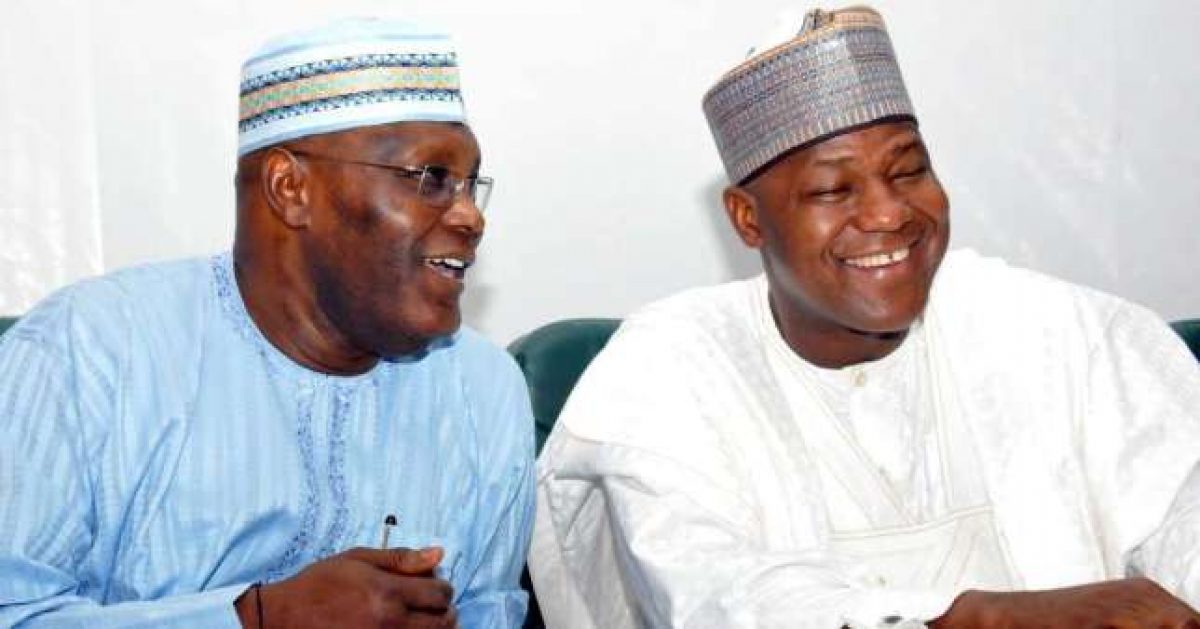 He also claimed that Alhaji Atiku Abubakar, the 2019 presidential candidate of the Peoples Democratic Party (PDP) will also defect back to the APC before the 2023 elections in Nigeria.

Bamgbose made his submissions about the political predictions ahead of 2023 in a statement made available to Naija News on Tuesday.

He added that Tinubu still has his eyes set on contesting the 2023 presidential election and is already putting structures in place to ensure he has a strong northern Christian that can be chosen as his running mate, hence Dogara’s defection.

“Bola Tinubu is certainly not prepared to be caught panting, as things unfold.”

“Tinubu, as a master strategist possibly masterminded Dogara’s defection, to enable him to have a popular candidate, as his Vice, come 2023 Presidential elections.

“His greatest challenge would have been securing a Northerner who is a Christian, as a vice. Someone who will be generally acceptable to the North, and also one whose political pedigree is intimidating.

“Dogara, being the immediate past Speaker of the House of Representatives, to him will be the candidate to look out for.”

Bamgbose added that PDP is getting weaker by the day and many other PDP chieftains will son follow in Dogara’s steps.

“Tinubu possibly went out for him. PDP is getting weaker by the day. The surprising thing is that many PDP bigwigs have kept mute about Dogara’s defection because some of them may follow suit soon.

“I still foresee Atiku defecting back to APC. Tinubu and Atiku are two inseparable political friends. They may throw banters at each other in the public arena, but privately they are friends.”

Jubrin claimed in a statement on Monday that Dogara has his sight set on either the APC’s presidential or vice-presidential ticket in 2023.

He said: “I have read with mixed feelings the reasons given by the former Speaker for defecting to the APC.

“I am equally sorry for Dogara for not exploring available channels of dispute resolution in the party’s constitution before defecting to the ruling party.

“I became more disturbed considering Dogara’s position as a former Speaker and a member of the BoT of the PDP.

“With his position as a member of the BoT, Mr Dogara never laid any complaints to me as the chairman of BoT, which is the highest advisory organ of the party, and remained the conscience of the party.

“Considering the reasons he gave for his actions, one is compelled to believe that Mr Dogara has other strong reasons for leaving the PDP.

“I want to assure the former Speaker that the PDP shall continue to be very strong and united and its doors will remain open to all Nigerians.

“As Chairman of the BoT, I urge all members of the party to remain calm and strong as the BoT will continue to play its role as the conscience of the party, as contained in its constitution.”