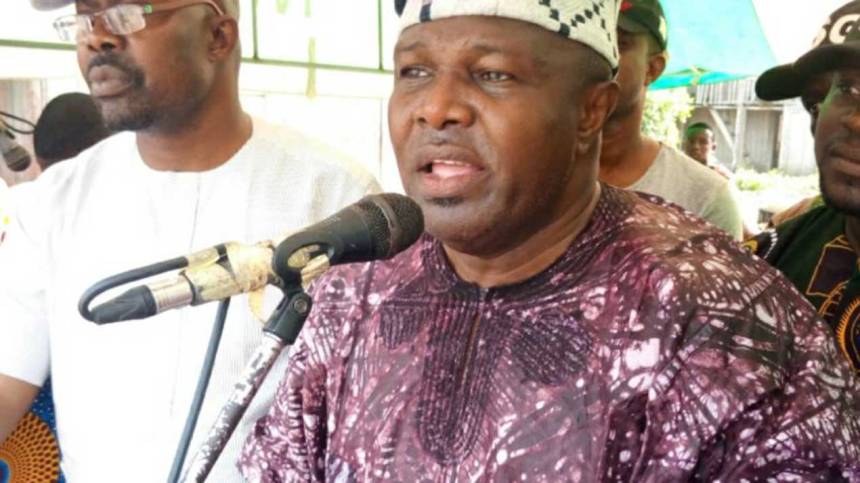 The Senator representing Ondo South Senatorial District, Nicholas Tofowomo, has dismissed the report that he has dumped the Peoples Democratic Party to the All Progressives Congress ahead of the governorship election in the state.

The lawmaker in his statement on Monday noted that he won’t disappoint the electorates by dumping PDP for APC.

Tofowomo in a statement released through his media aide, Olumide Akinrinlola, on Monday, said PDP and the electorates gave him the support to become a Senator, hence he won’t disappoint them by defecting to another party.

Tofowomo also disclosed that he has never contemplated resigning his membership of the PDP.

“I have no plan of dumping the PDP for the APC for whatever reasons because I will never disappoint no fewer than 81,000 that elected me to become a Senator of the Federal Republic on PDP platform.”

“I remain committed to PDP and I will continue to do my best to fulfil my campaign promises to the good people of Ondo South.”

“My supporters, followers and the public should disregard any rumour peddling on the social media that I have perfected plans to defect to the APC,” Tofowomo said.

Ondo 2020: Jegede Receives His Certficate Of Return In Abuja