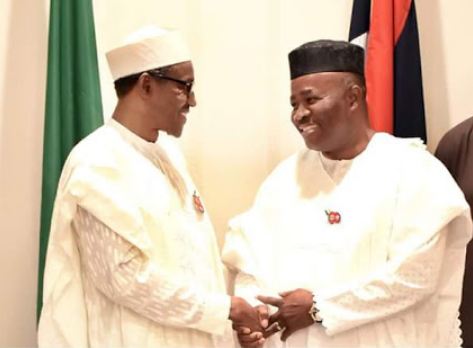 A fresh revelation of how the late Secretary to the State Government, Abba kyari,  Akpabio with other top pubic officer allegedly Stole and Sold 48million barrels Of crude oil In China has been exposed .

Naija News learnt that the whistle blower who revealed  the information via a letter is the Chief Executive Officer of SAMANO SA DE CV, Mr Jose Salazar Tinajero.

Tinajero stated that sometime in 2015, he was approached by a group in China intending to sell 48 million barrels of Bonny Light Crude Oil believed to have been stolen from Nigeria and stored in various ports and terminals in China. He added it was revealed to him that the NNPC authorised certain companies to sell the stolen products in China.

However, Tinjero has threatened the Federal Government of Nigeria with a legal suit over the government’s refusal to pay the five percent of the cost of the 48 million barrels of crude oil as provided by the government’s whistle blower policy.