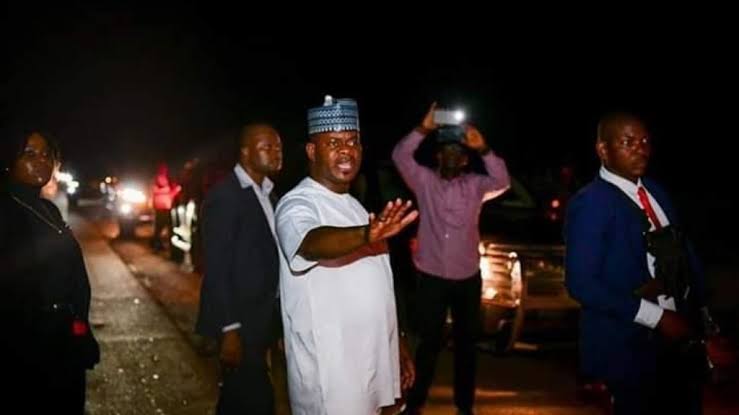 According to him, he took the initiative following information that commuters had been on a standstill on the road since Saturday.

He said the traffic started after an accident occurred involving two articulated vehicles on a single lane.

He noted that the motorists had to use a single lane on the Murtala bridge as maintenance work was taking place on the second lane.

Bello said the rain which fell during the weekend further worsened the situation, causing motorists and passengers to sleep on the road.

Bello arrived at the Jamata area of the road with his security men and some aides, and spent about five hours directing the flow of traffic.

He noted that the situation is gradually becoming better and further called on motorists to exercise patience and maintained orderliness.

He blamed officials of the Federal Road Safety Corps (FRSC) for slow response in moving the articulated vehicles out of the road.

“I was properly briefed about the hardship the commuters have been going through in the last two days on this road,” Bello said.

“I was told few officers of the FRSC were seen controlling the traffic and that no vehicle could even move an inch.

“I have been here since 0645pm and this is 1025pm with some of the officials of the FRSC and other relevant agencies.

“I understand that one of the lanes of the bridge has been under maintenance and travelers from Lokoja/Abuja were made to use only one lane. Unfortunately, two articulated vehicles collided on the single lane resulting in this gridlock.”

Officers of the Nigerian army, navy, civil defence and vigilante group later joined the governor and his security personnel in controlling the traffic.