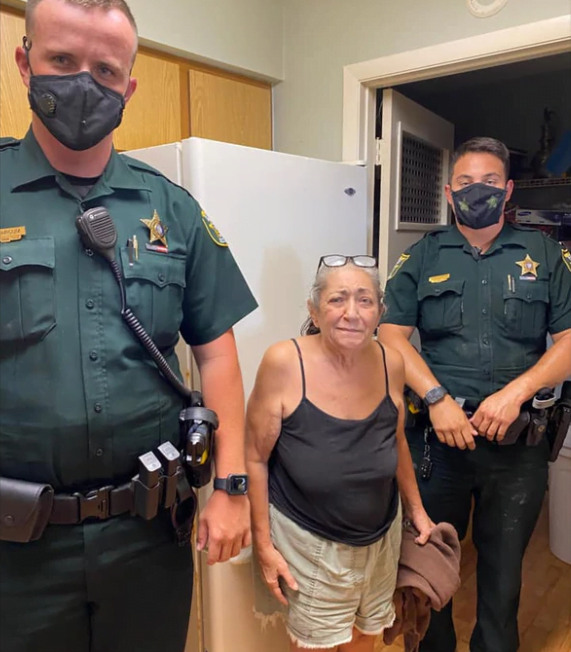 An event that could have resulted in trouble has turned a blessing for an American grandmother who dialled 911 emergency number to lament over her spoilt refrigerator.

The old aged mother who was afraid that her foodstuffs could spoil since her refrigerator had broken down call the United States Sheriffs to come to her rescue.

The dispatcher sent representatives to Mrs Cheryl Nanartonis’s home located at Jensen Beach in Florida, believing it was a serious matter, only to understand that the woman had called to complain of her failed electronic upon getting to the location.

Naija News understands that calling the US emergency line over unserious or fake report could get one arrested but it was a different case for Cheryl as she blessed with another refrigerator.

According to Cheryl while interacting with the Sheriffs, the refrigerator broke down and she has no money to fix it.

Reacting to the funny event, the Martin County Sheriff’s Office said they educated Cheryl on the importance of reserving 911 for emergencies only.

“So Deputy Marcum, Deputy Elliot and Sgt. Flynn made arrangements with the Jensen Beach Goodwill to donate a gently used refrigerator to Cheryl,” said the emergency department in a post shared on its Facebook page.