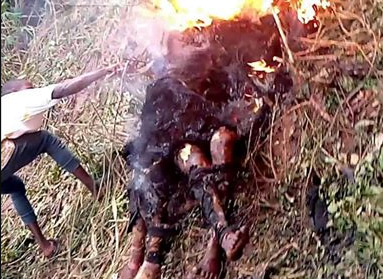 Some angry mob in Aboh Mbaise Local Government Area Council of Imo State has set two men on fire for an alleged robbery in the community.

The disturbing event, however, was condemned by concerned Nigerians, noting that they could have been handed to the right authority instead of burning them to death alive.

Though it was unclear if the alleged robbers had succeeded in the operation before they were caught by the community people, reports, however, had it that the incident happened on Tuesday, July 21.

Naija News understands that the two middle-aged men were severely beaten before tyres were placed on them and they were burnt alive.

No statement, however, has been made by the state Police command or any authority in the state as at the time of given this report.

See below are graphic photos of the condemnable act; 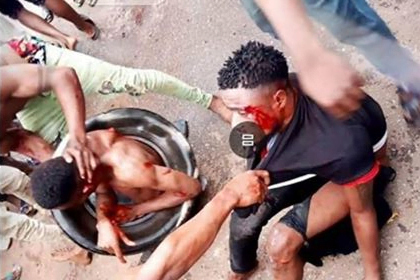 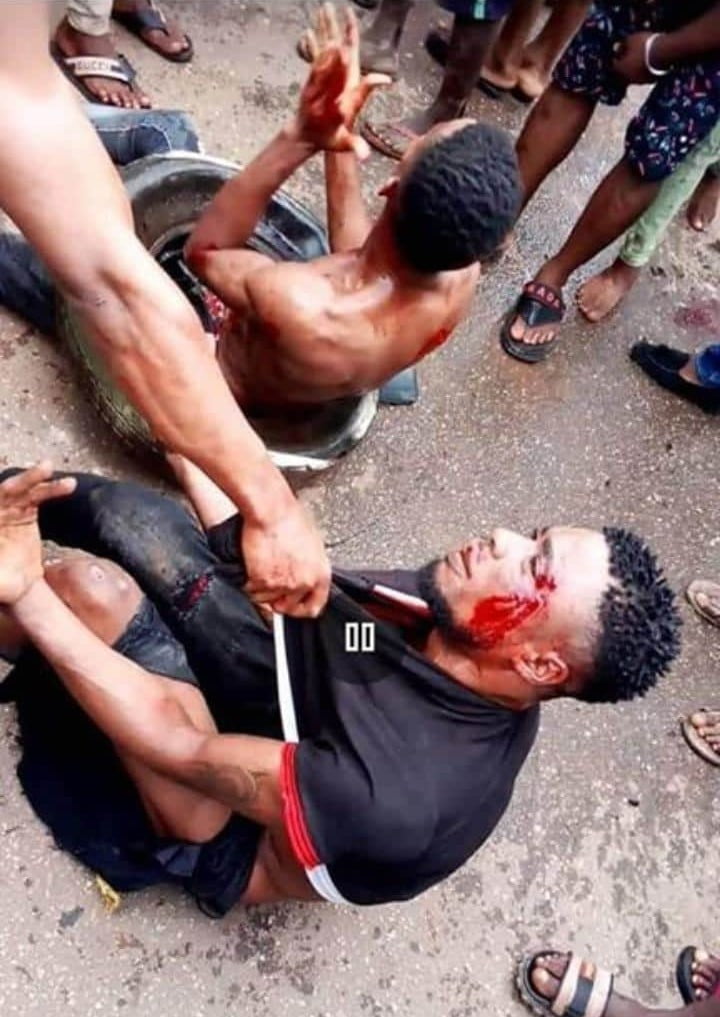 Meanwhile, Naija News reported earlier that two suspected robbers arrested by an Intelligence Response Team of the Nigeria Police Force has confessed to killing a 72-year-old grandma identified as Christiana after robbing her husband, Pa Olutokunbo of N550,000, noting that they have heard him talking about money at his home before they decided to rob them.