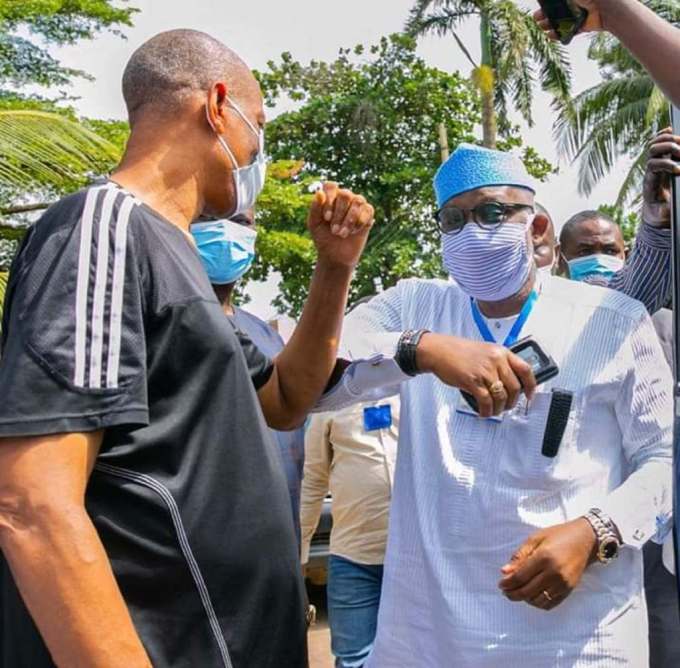 The governorship aspirant of the All Progressives Congress(APC) in Ondo, Chief Olusola Oke, has given Governor Rotimi Akeredolu seven-day ultimatum to conclude all reconciliation efforts with a view to uniting all aggrieved members of the party.

Oke said the APC would defeat the opposition Peoples Democratic Party(PDP) with a landslide victory if all groups within the party are united before the elections.

Oke, who came a distant second behind Governor Akeredolu at the primary of the APC, said the exercise was slanted to favour the Governor.

He spoke after a meeting with members of his campaign organisation, who also double as Unity Forum members of the Ondo APC.

Oke stated that he opted to participate in the primary to debunk prediction by critics that he planned stepping down for Akeredolo or lacked resources for the exercise.

Oke said he and his supporters would be ready to participate in any reconciliation efforts genuinely undertaken by the leadership of the party from the national to the state.

His words: “We resolved we remain members of the APC in our respective wards. As members we are interested in a united, cohesive APC where members will be treated as equal, where government patronages will no longer be sectional, where rights and privileges of members will be respected without hindrance. It is not in the interest of any member of our party for this state to slant into opposition. We will do everything possible on our part subject to condition and terms to be agreed upon.

“Our group insists that because of the experience in the past where promises were made and not kept, where people were given assurances but were denied.

“It is important that the reconciliation should be comprehensive and involved all the strata of our party.

“That is the only reconciliation that will instill confidence on our people.

“We acknowledge that our follower ship account for more than 20 percent of membership in Ondo State. We believe in APC.

“We are interested in the preservation of the governance of the APC subject to modification, adjustment, redirection and refocusing that will be contained in our charter of demand which will be presented to the Governor.

Flashback: What Dogara Said About APC, Buhari As PDP Member