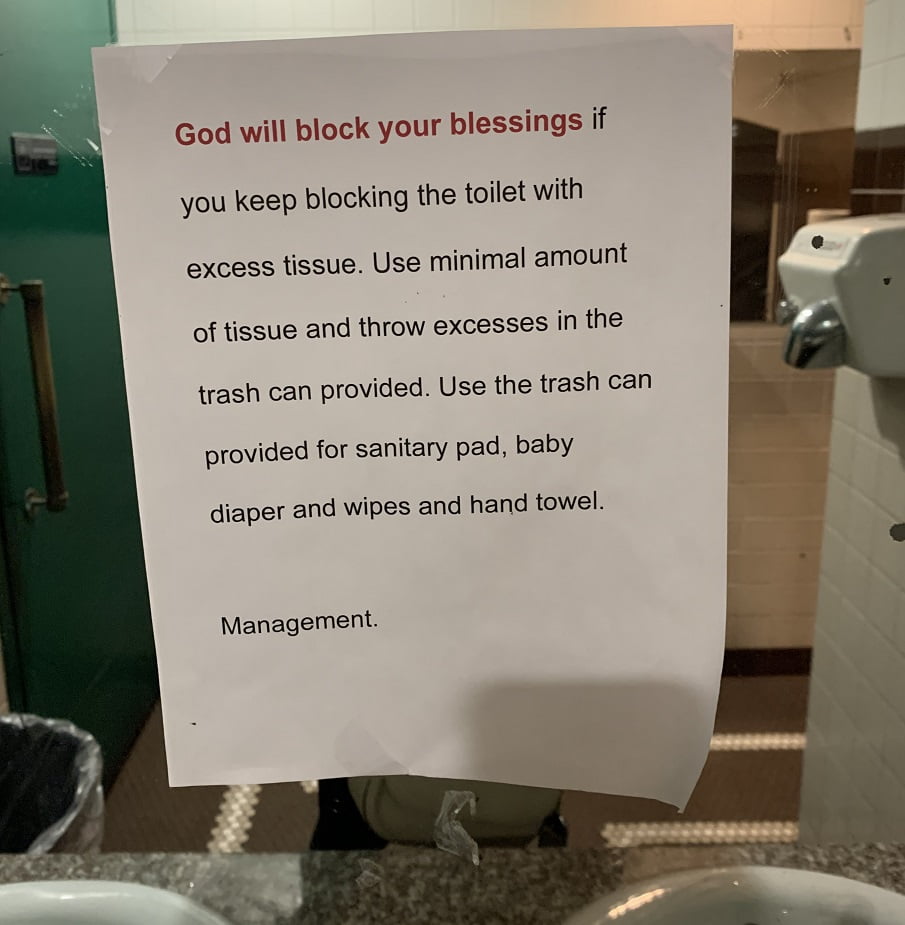 A United States restaurant has wowed its customers after it placed a funny but sincere warning note in its toilets.

The unusual notice which has been described by a customer as ‘inappropriate’ warned the customers against misuse of the toilets which eventually result in it blockage.

Naija News understands that the shocking notice was seen in Finger Licking Restaurant on Bissonet Street in Houston, Texas. The American restaurant frowned at its customers who are fond of blocking their toilet with tissue papers.

The restaurant in the notification placed curse on anyone who chooses to do so.

Netizens who reacted to the development said it was shocking to have seen such notification from the US.

Meanwhile, Naija News about two weeks ago reported that the administration of President Donald Trump has formally withdrawn the United States from the World Health Organization (WHO).