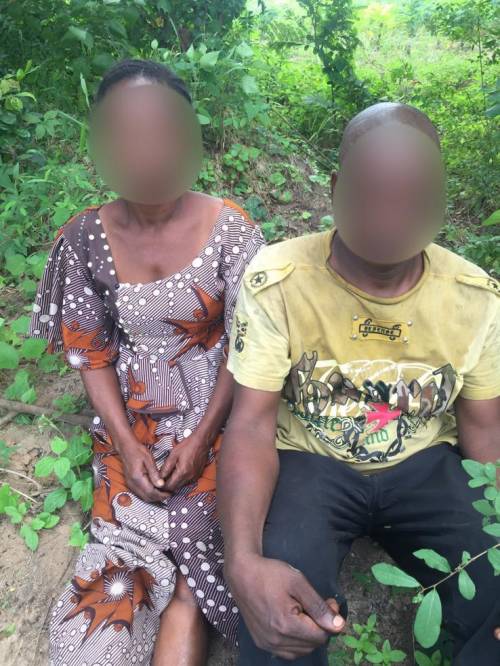 Men of the Nigerian Army belonging to the 32 Artillery Brigade, Owena Barracks in Ondo state, has seized two people from kidnappers in the state.

According to reports, the two were taken away by their abductors while travelling for a business transaction.

Confirming operation which leads to their rescue, the acting Assistant Director, Public Relations Officer of the Nigerian Army in Ondo State, Ayorinde Omojokun, disclosed to newsmen that the troops were able to locate where the victims were kept through the help of the IGP-IRT team at Iboropa forest.

According to him, the two victims, Aremo Abiodun, 50 (M), and Mrs Agnes Afogun, 50 (F) were travelling from Ugbe to Simerin Village for a business transaction when they were abducted. He confirmed that they were rescued in Ugbe Akoko.

“The gunmen had demanded a sum of N30m from the husband of Mrs Afogun before they would be released,” Omojokun revealed.

He, however, disclosed further that no ransom was paid for the release of the two victims, a commercial driver and a trader respectively. Omojokun added that a Dane gun and machetes were recovered by from the kidnappers during the operation.

Meanwhile, Naija News reported earlier that a traditional ruler identified as Alhaji Mohammed Dankawo has been abducted by suspected gunmen in Nasarawa State.