Women who are worried over the recent round of killings in Southern Kaduna, northern Nigeria, have taken to the streets naked, to protest against Governor Nasir El-Rufai.

Naija News had reported earlier that suspected Fulani herdsmen on Monday night reportedly killed 11 people in a fresh attack in Gora Gan village, Zangon Kataf LGA of Kaduna State. Seven persons were reported to have suffered different degrees of injuries, with others missing.

Pastor Isaac Ango Makam, the Vice-Chairman of CAN in the local government area, said the attackers numbering 50, stormed the village at about 7 pm. He said the attackers started shooting sporadically, leading to the loss of lives and burning of an undisclosed number of houses. 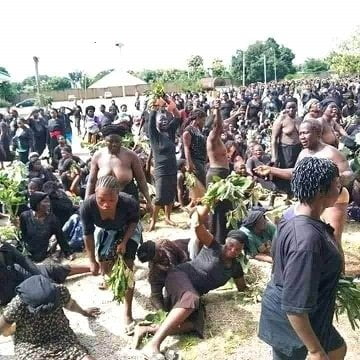 The Vice-Chairman of CAN said the remains of the people killed were deposited at the Zonkwa General hospital while some of the villagers are still searching for their loved ones.

Naija News reports that Southern Kaduna, predominantly occupied by Christians, has witnessed more ethnoreligious violence than any region in the northern part of the country. No fewer than 16 people were reportedly killed last Sunday in an attack by yet to be apprehended gunmen. The killings have continued despite the deployment of military personnel to the area.

Southern Kaduna, predominantly occupied by Christians, has witnessed more ethnoreligious violence than any region in Nigeria’s North. Kaduna State government had imposed curfew in the area, following the crisis, killings and destruction of properties in the troubled area.

Displeased with the development, the protesting women said, they are calling on relevant stakeholders, government, security agencies and the international community to come to their aides and save them from further killings and destruction of their properties. 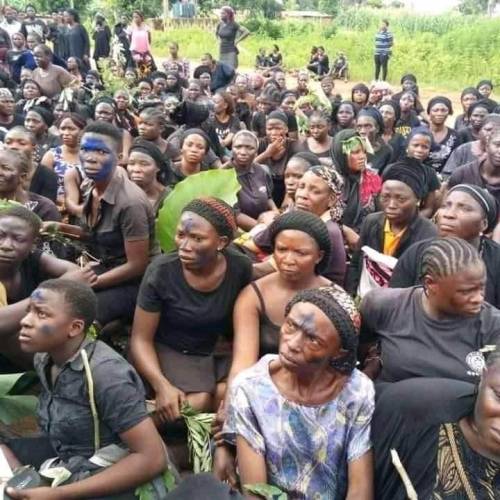 “We are also calling on government to assist us in going back to our farms which is our major source of income, but above all to help stop the killings and bring the perpetrators to book,” they said.