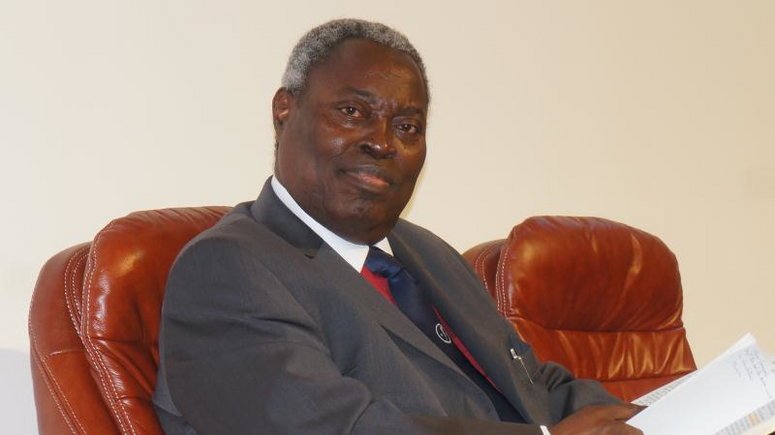 Two families, all residents of Obafemi Owode Local Government Area Of Ogun State has alleged a threat and forceful claimant of their land by the Deeper Christian Life Ministries, DCLM.

According to the report, the Church which is overseen by the respected clergyman, Pastor William F. Kumuyi make use of thugs and security men to commence building on land it allegedly began plotting to grab in 2019.

Naija News understands that footage made available to newsmen had shown some men fully dressed in Nigeria Police Force uniforms and another individual putting on reflexive jackets surveying the land.

“Two vehicles; A security truck and a white articulated truck were seen in the background of the footage as well,” SaharaReporters claimed in their report.

There were also reports that the DCLM church had placed an advertorial on early July nothing that the disputed land which it had already erected complete structures on, is located at Olowotedo village, Obafemi/Owode Local Government Area of Ogun State.

However, contrary to the above claims by the Church, a petition which was written by the Rule Of Law and Accountability Advocacy Centre (RULAAC), stated that “the main plot of land the church is claiming for itself is a 31.599-acre virgin plot located in Maaba Town, Obafemi Owode Local Government Area Of Ogun State.”

Speaking on behalf of the two families, Jakayinfa and Ajisegeri noted that the intermediary between the land claimant, Franklyn Osezua, was only deceiving the G.O of the Church.

The statement reads, “The man (Osezua) is not a straightforward person,” the family representative said. “He is misleading Pastor Kumuyi and the public, claiming that they bought the land we were fighting over in 1985. He said the property is in Olowotedo, but our property is in Maaba Town.”

“The Bale of the community knows everybody that owns land in that area; they have now dragged him into the petitions.”

According to Akeem Jakayinfa, in his statement already contained in the RULAAC’s complaint to IGP Adamu, Osezua had shown up on the land in 2019 on behalf of the DCLM with officers of the Nigeria police to claim the land.

Jakayinfa said “the church went on to write a petition to the Force Criminal Investigation Department (FCID), Area 10, Federal Capital Territory (FCT), Abuja, seeking to enforce their claim of the plot.”

Naija News understands that a Deputy Superintendent of Police (DSP), Funmi Eghuaje, was assigned to look through the disturbing dispute. Jakayinfa, however, noted that she invited some members of the families, including the Bale, Chief Jimoh Akinrinola, for questioning after which they wrote a counter-petition requesting that the case be transferred to the FCID annexe in Alagbon, Lagos State.

He said the family resolved to take the step because they could not see a reason to travel down to the Federal Capital Territory when the land in question is situated in Ogun State.

Jakayinfa revealed further that after a year of silence from DSP Eghuaje, they received a shocking invitation by the High Court on the premise of DSP Eghuaje’s findings.

On his part, Chief Akirinola, the Bale of Maaba Town, said he was forced to be involved in the dispute by Osezua through false charges.

He said, “They wrote two petitions against me: one at Zone Two, Onikan in early September last year and another one at FCID Abuja in early October,”

“They accused me of robbery and different things that don’t pertain to me. They said I carry guns, cutlasses and dangerous weapons. They asked me a lot of questions. During all the days they mentioned, I told them where I was. I was mostly in meetings. I’m the Baale of this town. I don’t do such things.”

Naija News, however, understands that the dispute case has now been presented before the High Court in Abeokuta, the Ogun State capital.