Controversial Nigerian male barbie, Bobrisky has described himself as too big to participate in the Big Brother Naija reality TV show.

Bobrisky who described the show as a mess, noted that he already has everything the show might want to offer him including money, fame, and property, hence he doesn’t see himself as a contestant in the show.

A fan, while reacting to a picture posted on social media by Bobrsiky had asked him when he would feature as a housemate in the show but the crossdresser replied that he was already too big for the show.

The fan identified as Vaughan_star wrote; ”When will big brother naija have you as a contestant?

Bobrisky replying wrote; ”I’m too big for that mess, I have so much money already, mad fame, millionaires cars, house, please what else”

See a screenshot of the exchange. 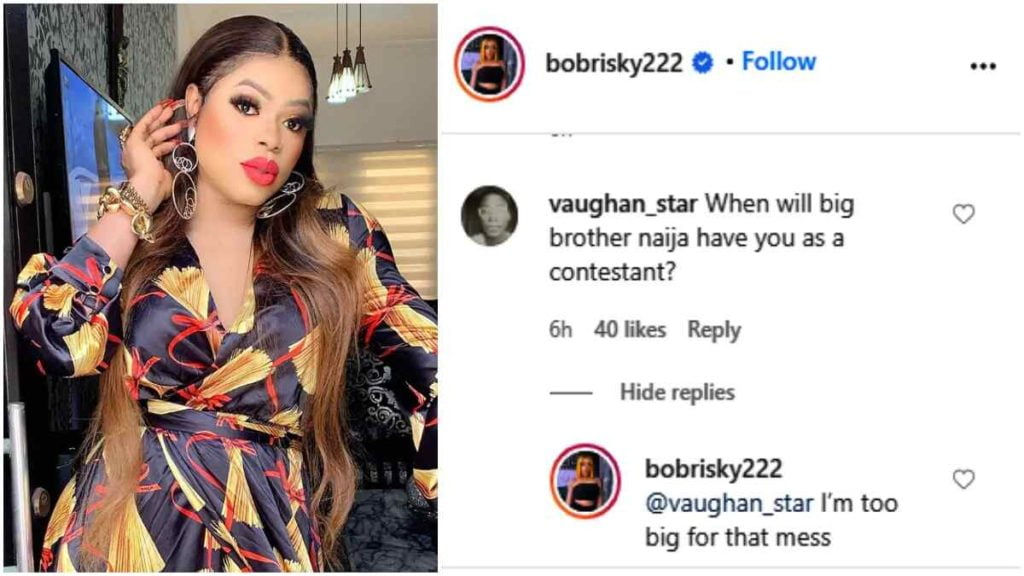 The eventual winner will take away N85m grand prize which includes N30m in cash as well as other benefits.