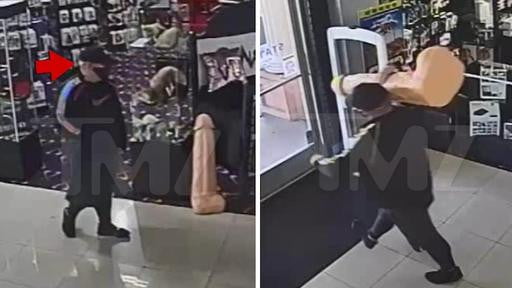 The surveillance footage of the July 14 showed the man who came in in broad day light, walking into the Deja Vu Love Boutique in Las Vegas.

The police report revealed that the guy’s identity was covered by a face mask he was wearing, and the guy whose ID was concealed by a face mask, flee with the sex toy in a white car, similar to a Dodge Caliber.

He “just picked it up and walked out with it,” Laura, a store employee who declined to give her last name, told HuffPost on Tuesday, July 21.

Laura said the stolen good is actually a sex toy named Moby and sells for $1,250.

Watch The Video Below: