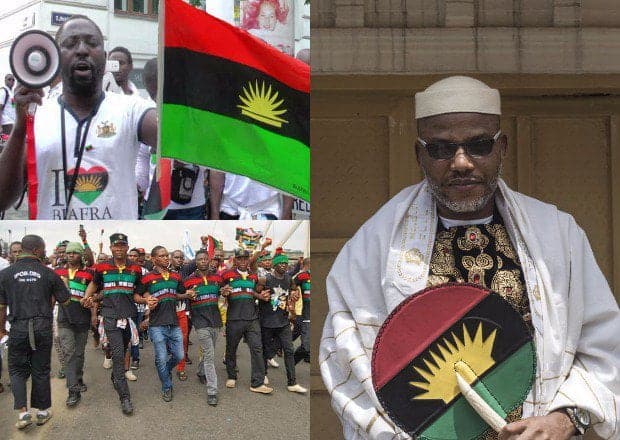 The leader of the outlawed Indigenous People of Biafra (IPOB), Nnamdi Kanu, has sent out a strong warning to IPOB members over attacks on Yorubas.

Naija News reports that the IPOB leader warned members of the group against attacks on Yorubas during his live broadcast on Sunday.

A statement issued by the Head of Directorate of State of IPOB, Chika Edoziem, quoted Kanu said the time had come for the group to exhibit the discipline for which IPOB is known for.

The statement reads: “Consequent upon the directive by Onyendu Mazi Nnamdi Kanu, the leader of the Indigenous People of Biafra (IPOB) worldwide during his live broadcast of Sunday the 19th of July 2020 to the effect that all attacks on Yoruba people should cease forthwith, the Directorate of State of the Indigenous People of Biafra has deemed it instructive to reiterate and reaffirm the adherence by all to that directive from our leader.

“To this effect, all IPOB media personnel operating on different segments and platforms be it on print, radio, visual and social media as well as the generality of IPOB family members must strictly obey that directive as given by our leader.

“lt is time to once again exhibit the discipline for which IPOB is known for. We must use the knowledge and information acquired from Radio Biafra during Onyendu’s teachings and those attained from individual research to present our viewpoints on issues of public interest and debate.”