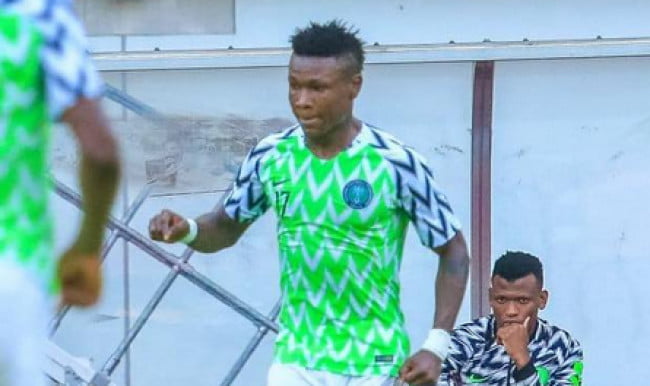 Nigerian Super Eagles, Samuel Kalu, has tested positive for COVID-19, becoming the second Super Eagles star to contract the disease after Genk striker, Paul Onuachu.
The Nigerian has been in quarantine in France since returning from the West African nation, and a report from Nigeria News confirmed that Kalu was the player announced by the club to have contracted COVID-19 on July 6.  The club did not disclose the name of the infected player when they made the announcement.

The winger has missed the team’s training sessions since the opening of camp and might be left out of some club’s pre-season games.
Kalu, according to reports, is expected to rejoin the rest of the squad on July 27 if his test returned negative.