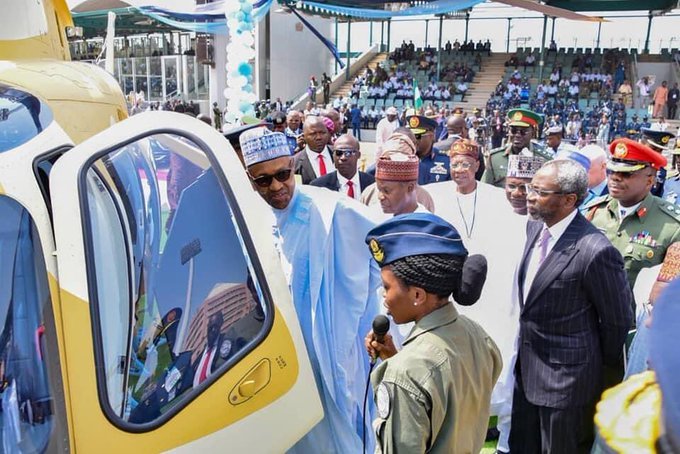 Nigeria has been grieving one of its shining stars and first female combat helicopter pilot, Tolulope Arotile, for some days now. The young trailblazer who died at 24 was said to have lost the battle to the Hades after she had an accident at the Nigerian Air Force (NAF) base in Kaduna.
However, the unfurled account of her sudden death by NAF has been generating reactions from some ethnic and religious bigots who are now using it to promote their retrogressive agendas as they continue to vituperate and indict another ethnic group and religious body of sponsoring her death.
Of course, no great mind would listen to or read the Nigerian Air Force’s statement without asking some reasonable questions as many well-meaning Nigerians are now asking. But divisionists would never thread this path, instead, they’re searching for what’s not lost as my octogenarian dad would say whenever one is deviating from what is required of one: “Maa wa ohun ti sonu kiri.”
This is one of our many problems in Nigeria. When a member of an ethnic group engages in a criminal act, instead of us to focus our opinions on that individual, we will start stereotyping. Besides, in this case, no one has been identified as the sponsor of her death. These false enablers are just using her death to play religious, political and ethnic cards which is not supposed to be so.
As a matter of fact, Tolulope’s death is a great  loss to every patriotic Nigerian regardless of religion, ethnic group and political affiliation. Until her death, she never slackened in her fight against terrorism. Therefore, it wouldn’t be polite to accuse any religion, ethnic group and political party of sponsoring her death.
As I aforesaid, no great mind would listen to or read the Nigerian Air Force’s statement without raising some pertinent questions. That she was killed by a reversing vehicle of an old schoolmate isn’t convincing enough and too cheap to believe. There are many questions that can be formulated from the statement which I would very soon but before then, hear Tolulope’s sister: “A call came into her phone which she picked, but from the way they spoke I knew that the caller must be a senior officer calling her to come to Airforce base. She felt reluctant and I offered to drop her off.
“One hour later, I saw the story online that something serious has happened to her. I couldn’t believe that somebody I just dropped off is dead.”
Now, these are my questions:
1. Who called her out when she was with her sister?
2. Who was the old schoolmate?
3. What about their relationship when they were in school?
4. Didn’t the vehicle have rear view mirrors?
5. If it has, didn’t the friend use the rear view mirrors while reversing?
6. Besides, where was she when the vehicle reversed to her?
7. What was the speed of the reversing vehicle?
8. Who was present when the accident happened?
9. If no one was there, how did the NAF come about the story?
These are some of the serious questions begging for answers. I therefore join other well-meaning Nigerians in calling President Muhammadu Buhari to involve external investigators in the investigation of Tolulope Arotile’s death.