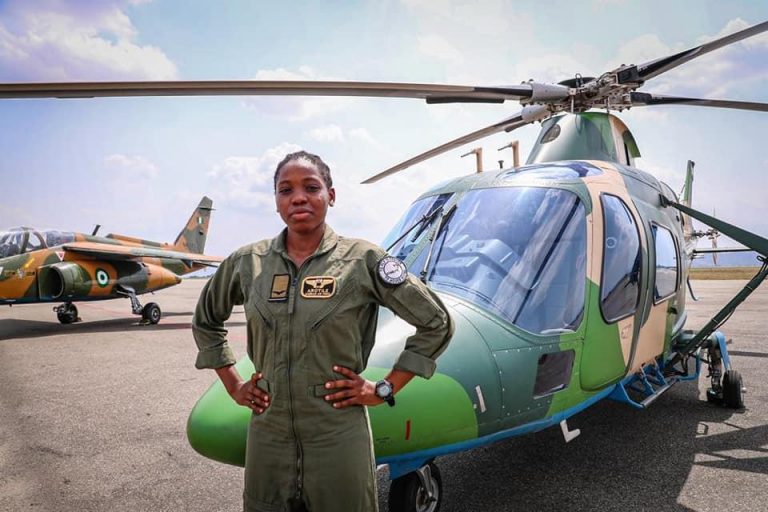 The identity of the person who drove the car which killed Tolulope Arotile, Nigeria’s first female combat helicopter pilot, has been revealed by the Nigerian Air Force (NAF).

Her death shocked many when it was announced by the air force.

She was alleged to have died in a freak accident on Wednesday, however, various personalities, groups and bodies have clamoured for an investigation into her death.

Due to this, the Nigerian Air Force commenced an investigation into her death

During her time of service, Arotile participated in major operations, especially against bandits.

At a briefing in Abuja on Sunday, Ibikunle Daramola, air force spokesman, gave the name of the person who drove the car that killed Arotile as Nehemiah Adejoh (pictured), an ex-classmate of the deceased.

According to him, Adejoh, a civilian, and two others were at the Nigerian Air Force base in Kaduna to visit the wife of a squadron leader.

“In line with the normal procedure in the Nigerian Air Force during such occurrences, an investigation was immediately instituted to formally determine the circumstances of the incident. Accordingly, the preliminary investigation has revealed the following details,” Daramola said.

“The Late Flying Officer Tolulope Arotile, a Squadron Pilot at the 405 Helicopter Combat Training Group (405 HCTG) Enugu, attached to the Air Component of Operation GAMA AIKI in Minna, having recently completed her Promotion Examinations, was in Kaduna awaiting deployment for her next assignment. During this period, she stayed with her sister, Mrs Damilola Adegboye, at Sabo Area in Kaduna, visiting the NAF Base whenever necessary.

“On 14 July 2020 at about 10.55am, Late Flying Officer Arotile received a phone call from her colleague, Flying Officer Perry Karimo, a fellow helicopter pilot from the 405 HCTG, who wanted to discuss arrangements for their return to Enugu, requesting that she comes to the Base so that they could work out the modalities. Subsequently, at about 10.58am, the Late Arotile placed a call through to Squadron Leader Diepiriye Batubo, the Group Operations Officer (GOO) of 405 HCTG, who was in Minna at the time, to clarify issues regarding her deployment. It must be highlighted that the call FROM Flying Officer Karimo as well as the one TO the Squadron Leader Batubo both took place before 11.00am, over 5 hours before the incident which led to her death.

“Flying Officer Arotile was later conveyed from Sabo to the NAF Base Kaduna by her sister, Mrs Adegboye, where the Deceased dropped her phone for charging at a house in the Instructor Pilots’ Quarters belonging to Squadron Leader Alfa Ekele. Her elder sister later dropped her off at the Base Mammy Market at about 4.00pm, where she proceeded to photocopy and laminate some documents.”

Arotile died just when her career was taking shape

Daramola explained that after Arotile left the market, was when her former classmates sighted her and was about to greet her when he  unfortunately knocked her to death.

Daramola said the classmate immediately rushed her to the hospital, where the doctor on duty pronounced her dead.

See his photo below: 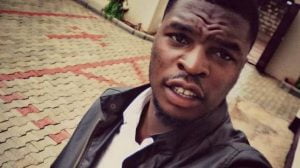