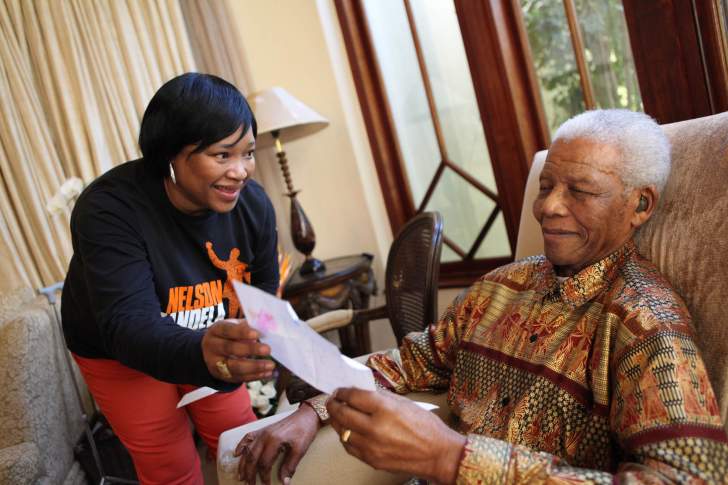 The youngest daughter of South Africa former President, Nelson Mandela, Zindzi Mandela, has been buried at a private funeral on Friday.

Recall that Zindzi who was South Africa’s ambassador to Denmark died at age 59 earlier this week.

Naija News had earlier reported that the son of the deceased revealed that she had tested positive for Coronavirus before her death, but they were still awaiting post-mortem results.

South Africa President, Cyril Ramaphosa, in a eulogy at a virtual memorial Thursday night appreciated the Mandela family for “the very important gesture of sharing this information with the nation”.

“In doing so you are helping to encourage social acceptance for sufferers.”

“This is a virus that affects us all, and there should never be any stigma around people who become infected,” said Ramaphosa.

South Africa is now the world’s sixth most affected country with 324,221 cases, including 4,669 deaths.

Radical leftist opposition leader, Julius Malema paid tribute to Zindzi for her role in the liberation of South Africa from the shackles of apartheid.

“She survived the most brutal regime at an early age and we thought that this crisis and invisible enemy (coronavirus) we are confronted with today, she is going to survive it because she has seen worse,” said Malema.

“And when people like mama Zindzi succumb to this invisible enemy we all remain hopeless and we are shattered,” Malema told public broadcaster SABC at the cemetery.