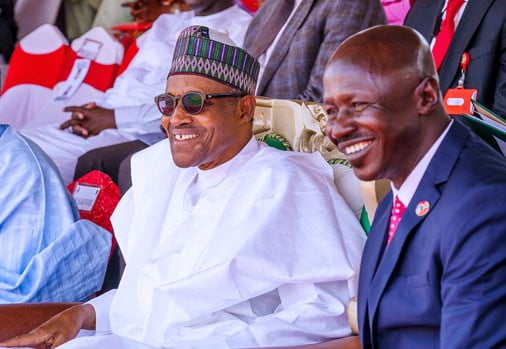 In a statement signed by its National Coordinator, Emmanuel Onwubiko and National Director of Media, Zainab Yusuf, the group called on President Muhammadu Buhari to ensure the independence of the EFCC and other key anti-corruption institutions in the country.

HURIWA explained that Magu’s resignation would salvage the image and reputation of EFCC from further damage.

According to the group, the suspended EFCC boss return to the commission would be a  mockery of the fight against corruption.

The statement reads: “HURIWA calls on the suspended EFCC Acting Chairman; Ibrahim Magu to resign so as not to destroy what is left of the reputation of the anti-graft agency and the urgent need to expand the scope of investigation on all the cases of assets forfeiture including the serious claim by Chief Emmanuel Nwude that the EFCC under Ibrahim Magu allegedly cornered his assets that were not part of the originally listed assets to be forfeited in the judgment of the Lagos High Court when he was convicted for advance fees fraud including houses of his original family built long before he had issues with the law.”

Naija News recalls that President Buhari had suspended the acting boss of the anti-graft agency and replaced him with Mohammed Umar, the EFCC Head of Operations.

Magu is currently being investigated by a presidential panel headed by Justice Ayo Salami following allegations by the Attorney General of the Federation, AGF, and Minister of Justice, Abubakar Malami.

Malami accused the former EFCC boss of corruption, insubordination, mismanagement of recovered loots among other allegations.