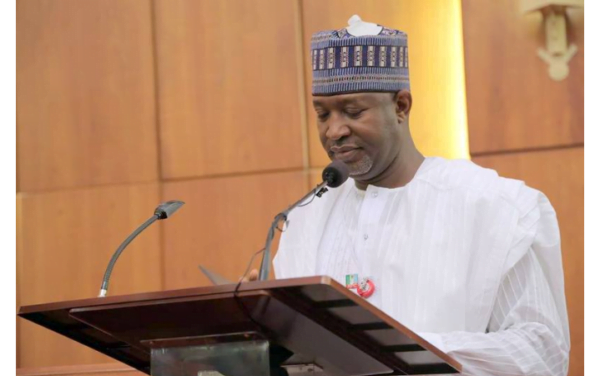 The Minister of Aviation, Hadi Sirika, has vowed to prosecute any public office holder who violates the airport protocols again

Naija News Understands that the minister made the promise while reacting to alleged claims that some notable dignitaries violated the airport protocol.He also promised to investigate an alleged breach of airport protocol by the former governor of Zamfara State, Abdulaziz Yari, the governor of Adamawa State, Ahmadu Fintiri.

According to Mr Sirika, the former governor of Zamfara State, Abdülaziz Yari, the governor of Adamawa state, Ahmadu Fintiri, and the publisher of Thisday newspaper, Nduka Obaigbena, were alleged to have flouted airport protocols.

The Federal Airports Authority of Nigeria (FAAN) had condemned the conduct of Messrs Yari and Fintiri in a series of tweets posted on Wednesday and Thursday on its official Twitter handle, @FAAN_Official.

Mr Fintiri allegedly refused to have his temperature checked and sanitised by health officials at the Port Harcourt International airport.

Mr Yari was alleged to have breached protocols at the Mallam Aminu Kano International Airport last week when he restricted an officer from the environment department from disinfecting his luggage.

Mr Obaigbena was also alleged to have flouted protocols at the Nnamdi Azikiwe International Airport in Abuja.