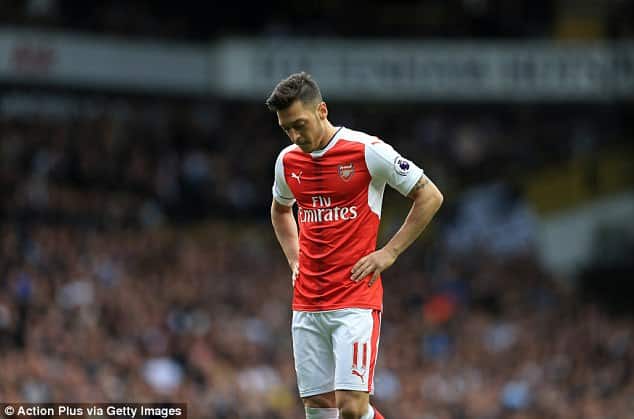 Arsenal manager, Mikel Arteta has revealed why German midfielder, Mesut Ozil has not been a part of his squad for all the matches played in recent times.

Responding to a question on why the player has been left out of the team, Arteta said the decision to leave Ozil out has been for “pure football reasons.”

Speaking ahead of the Gunner’s FA Cup semi-final clash against Manchester City, the Arsenal manager denied speculations that Arsenal was trying to force Ozil out of the club.

“Pure football reasons,” he replied when asked why Ozil has not been selected.

“My only ambition is the best squad and the best players who give us the best opportunity to win the game.”

Naija News understands Ozil is one of the highest-paid players at the club currently and has not featured for the Gunners since football action resumed after the forced Coronavirus break.

Arteta however refused to confirm if Ozil will be part of the team that will take on City in their FA Cup clash but noted that the player was training with the rest of the squad.

Arsenal will take on Man City at the Wembley stadium with a place in the FA Cup final up for grabs.